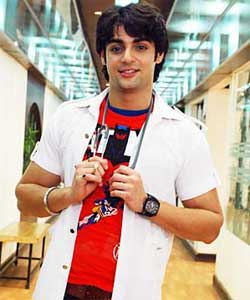 The latest buzz we hear is that fame Star One's Dill Mill Gayye, Karan Wahi aka Dr. Siddhant has been tipped to essay a cameo role for Sony TV's Baat Hamari Pakki Hai as the second guy in Sachi's life.

If sources are to be believed, soon Sachi's uncle will try to find another guy for Sachi (Ankita Sharma) so that she could marry him and settle happily in her life. With the contract of Sachi and Shravan's (Barun Sobti) marriage expiring, Karan Wahi would probably be the one to make his way into Sachi's heart.

Our source says, "Karan Wahi has been approached to essay thecameo role. Though the shoot for the same has not started, the track will go on floors in the next two weeks".

We contacted Karan Wahi who confirmed the news, "Yes, I have been approached to essay a cameo in the show. It will be for about 15 days or so, but nothing has been finalized.  I am right now in Dehl and will decide on it only after getting back".

We hope Karan takes this role so that his fans can enjoy his cameo role...

serendipity235 5 years ago Good luck Barun and Karan. Hope it all works out for both of you.

serendipity235 5 years ago So nervous for you Barun..all the very best for MAMR.

stg1 5 years ago how much fun did Karan and Barun have shooting together! love u Barun, good luck for all ur films, am missing ur acting so much and waiting to see u back :)))

Daniya-Sobti 5 years ago Barun Sobti love you and miss you so much...

stg1 6 years ago love u Barun Sobti, would love to see u and Karan appear onscreen together again, would be awesome! :)))