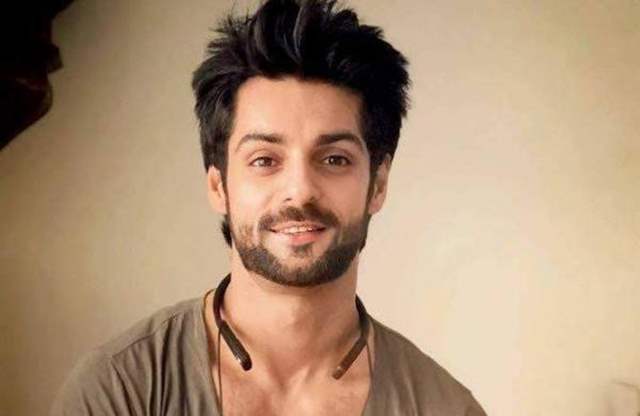 Bigg Boss 14 is currently one of the most talked about shows and while we sure can't seem to get enough of it, Bigg Buzz on Voot is going to give fans more of the show as well as the contestants. Over the seasons, it has become a hit with the fans, and taking on as the host, will be none other than Karan Wahi.

Karan has been approached for the show over multiple seasons, however, he feels that he is not someone who can do the show. None the less, the actor also reveals that this is the closest he'll ever get to the Bigg Boss house and we are sure that his fans are elated about it. Karan has hosted multiple shows over the years and with Bigg Buzz, the streak continues. We got in touch with him, and here's what he has to talk about the show, contestants, and more.

Excerpts from the interview...

You are back as a host, but it is different this time. How do you feel?

There's nothing better than this and I am scared to go inside Bigg Boss, so this is the closest I will ever come to the show. It is not a proper reality show where I have to entertain everyone and have them pepped up about the show. This is simply about connecting the real fans of the show with myself and other contestants and they will get to be real and also talk about their first-hand journey.  I think this is a great collaboration between the contestants, the viewers, and the host.

I watch Bigg Boss every day, sometimes I laugh, sometimes I make notes, and sometimes I just hold onto my head and wonder why are these people fighting, but I think those who like drama, this is nothing short of a lottery for them.

Have you followed the show over the seasons, what is your general perspective?

I have watched the initial seasons of the show, but never sat down at home and watched every single episode. I have seen when there is an interesting promo or when someone asks me did you see this happened, but I don't ever follow it religiously because I feel as a viewer I don't get why are they fighting, and while it is interesting sometimes, other times it is not. But now, when I see it, I understand why do people like it and there are a lot of things that I have started watching from a different perspective.

Social media has only become more powerful and everyone associated with the show is subjected to trolls. Will we see you be careful while treading your path as the host?

Why should I be careful, I am the host of the show. I think if they troll Salman Khan sir or they don't, he will be him and nothing is going to change his stardom or the way he works. Eventually, the way digital works is it ha given everyone the power to speak anything and you do one right thing, it will take years to get attention but you do one wrong thing, you will see the extent to which you are trolled in an hour. I don't want to be careful and just be the host of the show, ask them what I feel is right, and ask them questions about what they did. I am not Salman sir to tell them they are wrong, I will give them my perspective but not ask them to change theirs. Nothing is going to stop, and hence, there is no point in doing things their way.

For instance, Sidharth and Asim fans fight, but whoever you speak for, the other set of fans will troll you, and the fans need to understand there. I have always said that I will take responsibility of my fans, I can keep a check on my fans because I feel that I somewhat have the right to tell my fans that you don't do what these people are doing and it is not my job to explain things to others.

The format has undergone a change yet again, how are you liking the concept?

If I am asked how many people do I know, and it is surprising how I know a maximum of them. This concept of the seniors I think is different, and that is how it should be with Bigg Boss, as everyone has seen the show over the year and they think that they know the show but to bring about the change in the show, they bring about something or the other and change things because if they don't do that, you are not inside the house for a picnic but there is a need for the competitive spirit and these things are done to make things difficult. All three seniors are different in their own sense, and now, the contestants have to keep additional three people happy and when they go out, that is when we will see the real colours of people.

Is there anyone you support from the current lot?

Not supporting anyone, but I know a lot of people. I know Rahul Vaidya and like him for his goofiness, I know Jasmin Bhasin, just did a show with her, I know Rubina Dilaik and Abhinav Shukla as well, we stay in the same building. I have worked with Pavitra over 10 years ago, I know Eijaz Khan, I have also met Shehzad a couple of times via common friends. I know Nishant as well, and yea, that is about it. I am enjoying the sho a lot.

Well, it will sure be interesting to see Karan and his conversation with the contestants. Are you excited?