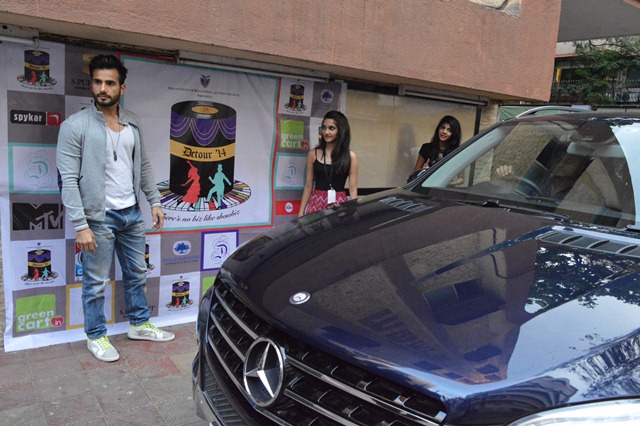 Karan Tacker, who had a great 2014 indulged in some serious retail therapy towards the end of the year. The actor who was the first runner up in Jhalak Dikhhlaa Jaa Season 7 and also began hosting the second season of his show gifted his family a new Mercedez Benz few days back.

A beaming Karan, who is with his family in Goa currently says, "Its been a great year for me professionally and I jus wanted to gift something to my parents as I couldn't have done anything without their constant support."

6 years ago Awww , Tacker is the bestest Son in this world. So sweeett !! Thats the reason I fall in love with him all over again.Proud of you.

6 years ago Perfect son.
I loveee you karan. #RESPECT

6 years ago Wow MASHA ALLAH,his parents will be proud of him...&lt;3

6 years ago He is the perfect son proud of him, some actors will enjoy parents money and don't care about their parents but karan tacker is a ideal son proud to be karan tacker fan love you

Poojaagarwal268 6 years ago Awww!! So nice of him! He is so adoring!

6 years ago Proud of you! Love you karan..
Thanx IF for sharing