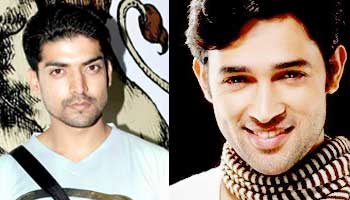 After many known TV celebs like Karan Wahi, Barun Sobti, Siddharth Shukla who have made their way into Bollywood, the latest we hear that these two actors are being considered for a role in a big budget Bollywood film.

Our source tells us, "Some of the big names from the Telly industry including Karan Sharma and Gurmeet Choudhary have been approached for the sequel for the hit movie Tezaab."

When contacted Karan, he said, "I can't comment anything on it right now." On the other hand we tried contacting Gurmeet Choudhary too but he remained unavailable to comment.

Samira66 2 years ago BARUN SOBTI is an actor with a unique talent, a man with amazing eyes

NatalyMusketeer 5 years ago Siddharth Shukla...you're simply the best, better than all the rest!!!

Daniya-Sobti 6 years ago We love you Barun Sobti

ammuuzz 6 years ago Miss u a lot Barun Sobti..
love u sooo much...

Shadow-Fax 6 years ago Wish you a successful bollywood career , Siddharth shukla. Wish you all the success ahead