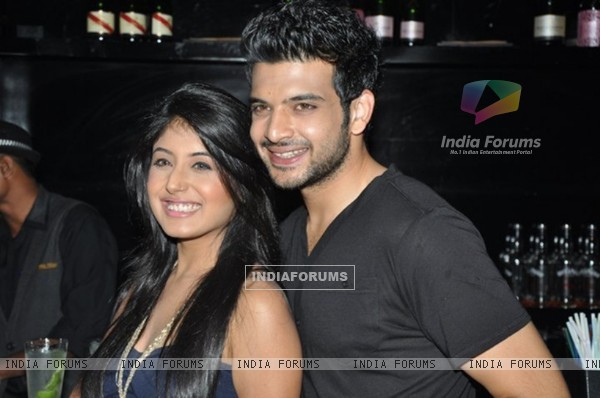 TV's one of the most loved jodi Arjun and Arohi are back on screen again. Yes you heard it right!  Karan Kundra and Kritika Kamra are all set to share screen space together and will host an episode of MTV India's cyber crime based show MTV Webbed.

The love and appreciation Karan and Kritika have received from their fans while they were acting in Imagine's Kitani Mohabbat Hai, the two are sure to steal the hearts of the viewers with their chemistry once again.

Our source says, "Karan and Kritika will be seen hosting an episodic of MTV Webbed Season 2. The episode which they will be anchoring is based on the media professionals."

We tried to get in touch with Karan but he remained unavailable to respond.

Well it's surely a treat for Karan and Kritika's fan to watch them together on the small screen!

+ 3
6 years ago Awaiting this episode... Love you so much Kritika Kamra

6 years ago Super excted to see the magical duo together again...

6 years ago Waiting to see them rock together once again! Love you always Karan Kundra and Kritika Kamra :D

+ 3
6 years ago Great to Know Kritika & Karan will be cohosting an episode of this show. Wish you all the luck for upcoming projects dearest Kritika. U r the best!! Loads of love & success to you.

+ 5
6 years ago Eagerly Waiting to see them together