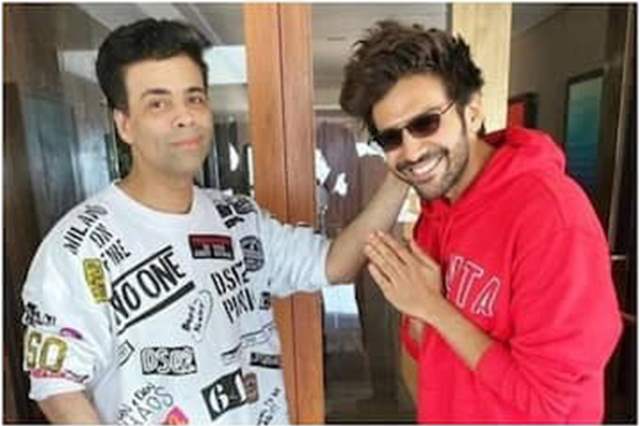 After reports of Kartik Aaryan being replaced from the film Dostana 2 made the rounds on the Internet, Karan Johar’s Dharma Production  confirmed the news in an official statement and stated that the film will see a new cast now.

The film was announced in 2019 with Kartik Aaryan, Janhvi Kapoor and debutant Lakshya as the leading cast.

And now looks like the fallout between Karan and Kartik has headed to the next level as the filmmaker has unfollowed the actor on social media.

KJo has unfollowed Kartik Aaryan on Instagram as the actor’s name is not be seen in his following list anymore, while the actor continues to follow Karan.

Due to professional circumstances, on which we have decided to maintain a dignified silence - we will be recasting Dostana 2, directed by Collin D'Cunha. Please wait for the official announcement soon.

While the makers have not revealed the reason behind their shocking decision, a source close to Dharma Productions exclusively told us that Kartik Aaryan was replaced from Dostana 2 on grounds of unprofessional behaviour.

The source informed that after completing 20 days of shoot, Kartik started pointing out ‘creatives issues’ with the script and threw tantrums about the same. Besides, his repetitive schedule delays and cancellations hampered his co stars Janhvi Kapoor and Lakshya. While Janhvi lost out on Mr. Lele due to schedule clash, Kartik’s behaviour also impacted Lakshya, who is making his debut with the film.

Besides, Dharma Productions has also vowed to never work with the actor again in the future.

Kartik Aaryan is yet to comment on the same.

+ 2
25 days ago Hope Kartik don't go SSR way and to avoid this will get industry and family support.