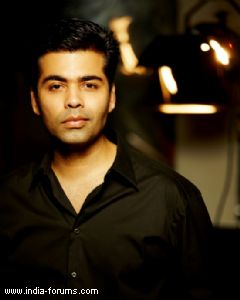 Filmmaker Karan Johar, who last directed the 2012 movie "Student Of The Year", says he will go behind the camera again by the end of 2014.

He is currently seen on the small screen as one of the judges of the reality show 'India's Got Talent 5' and also on his chat show 'Koffee With Karan'.

"I will direct by the end of this year. December this year, I will start my next film. That's all I can say at the moment," Karan said.

There were reports that Karan may direct a period drama, but he denied it and said: "It's not a period drama. It's a different film which I can't talk about it right now."

7 years ago waiting to see another KJo- SRK blockbuster...