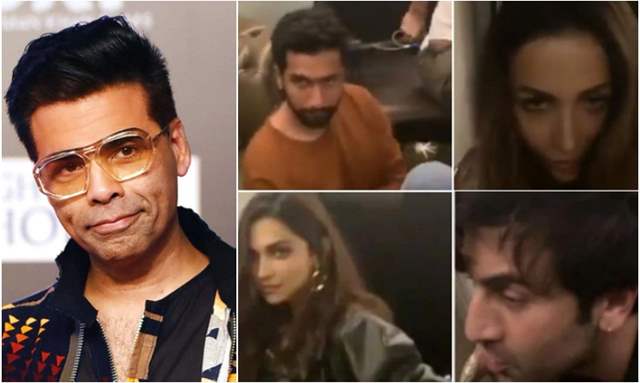 A new wave of trouble seems to be approaching filmmaker Karan Johar, whose 2019 party video has spread like a wildfire on social media. The viral video has now come under the scanner of the Narcotics Control Bureau. This comes after Former Delhi MLA Manjinder Singh Sirsa filed an FIR with the NCB against KJo and the various Bollywood actors who were spotted at the party hosted at Karan Johar’s Mumbai residence back in 2019.

As per a Times Now report, the NCB has taken cognisance of Sirsa’s complaint and has asked its Mumbai unit to look into it. The complaint was forwarded to NCB Director General Rakesh Asthana, and it is being reported that the video of the viral party will be sent to a forensic lab to check its authenticity. If the video appears to be genuine, the NCB will move forward in the case.

However, no criminal case has been filed so far. The video in question dates back to 2019 from a house party that was hosted by Karan Johar at his Mumbai residence and saw the presence of A-lister Bollywood celebs like Deepika Padukone, Ranbir Kapoor, Vicky Kaushal, Arjun Kapoor, Malaika Arora, Shahid Kapoor, filmmaker Ayan Mukerji, among others.

On Tuesday, Sirsa had tweeted images of his formal complaint, saying, "I met Sh. Rakesh Asthana, Chief of @narcoticsbureau at BSF head quarter, Delhi regarding submission of complaint for investigation & action against film Producer @karanjohar & others for organizing drug party at his residence in Mumbai That party video must be investigated into!"

Sirsa has also claimed that he had filed a complaint regarding the alleged ‘drug party’ with the Mumbai Police on August 1, 2019, but no action was taken.

On Thursday, Sirsa also slammed Karan Johar as he tweeted, "Soon @karanjohar will have “Koffee with NCB “ where the  deepest and darkest secrets of “Koke with Karan” will be uncovered @KanganaTeam @shahidkapoor @deepikapadukone @vickykaushal09."

The drugs angle discovered after Sushant Singh Rajput's death case was being interrogated by the Central Bureau of Investigation (CBI). Sushant passed away on June 14 2020. While it looked like a suicide at first, it is now being investigated by apex agencies after an uproar emerged on social media, demanding justice for the late actor.

Besides the CBI, the Narcotics Control Bureau too joined the case and Sushant's girlfriend Rhea Chakraborty along with brother Showik Chakraborty and other drug peddlers has been arrested by the NCB so far. During the interrogation, Rhea has named top Bollywood actors connected to the drug nexus.