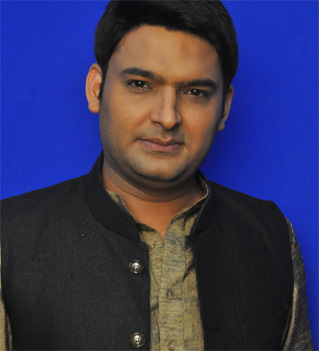 Comedian Kapil Sharma, who received CNN-IBN Indian of the Year 2013 award in the entertainment category, thanked his fans for their love and support.

Producer and host of 'Comedy Nights With Kapil', he received the award from actor-filmmaker Amol Palekar at the event on Friday.

"Receiving Indian of the Year award from respected Amol palekar...Thank you god and my fans," Kapil tweeted on Saturday.

He came into the limelight after winning the third season of 'The Great Indian Laughter Challenge' and since then, there has been no looking back for him.

iceman7 6 years ago Congrats Kapil. All d best for future !!

anyadiv96 6 years ago luv ur comedy...after raju ji its u whom i have admired as a coemdian :)