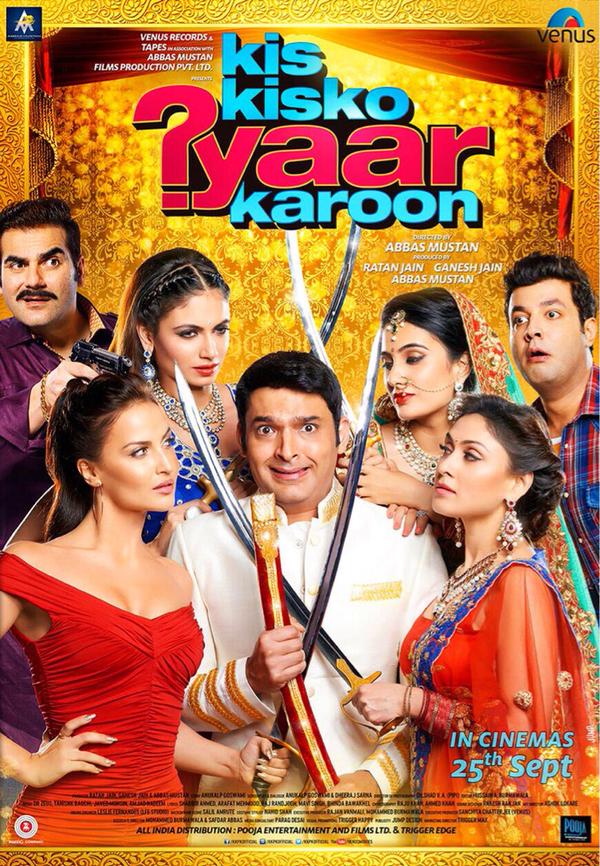 Comedian Kapil Sharma, who is making his Bollywood debut with "Kis Kisko Pyaar Karoom", shared the first look of the film via social media on Tuesday.

The poster features Kapil wearing a sherwani and with a scared look on his face.

The comedian is surrounded by actresses Elli Avram, Manjari Phadnis, Simran Kaur Mundi and Sai Lokur, holding swords around his neck. The poster also has Arbaaz Khan holding a gun and Varun Sharma with a shocked look on his face.

The film is slated to release on September 25.

Varun Sharma aka Chucha opens up on 'Fukrey 3'