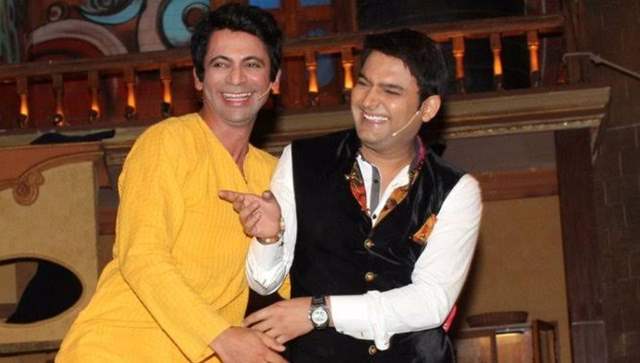 Kapil Sharma and Sunil Grover, both have been entertaining the fans and making them laugh with their wit and comic timing. The two have made a great name in the entertainment industry and despite their past differences, the two have always shared a good bond and have praised each other.

In a recent interview with Bombay Times, Ace comedian and Actor Kapil Sharma opened up on his bond with Sunil Grover and also talked about reuniting with him. Kapil mentioned that he keeps meeting Sunil Paaji occasionally and they recently met at Gurdas Mann's son's wedding in Punjab and then at another wedding in Delhi. Kapil went on to say that there are minor differences here and there but those differences don't end relationships.

Kapil was in all praise for Sunil and he even called him a fine actor and mentioned that he always feel that there is so much to learn when he works with different artistes. He added that he has learnt a lot of things from Sunil Paaji and in future if a good project comes by, then it will be fun to work with him.

Kapil also mentioned that he keeps thinking that his current show is going well so maybe he shall plan something with Sunil on other platforms and stated that such thoughts keep running in his mind.

Sunil gained immense love and appreciation for his character Gutthi in 'Comedy Nights with Kapil' and then Dr. Mashoor Gulati in 'The Kapil Sharma Show'. However, he left the show post his controversial fight with Kapil Sharma. However, the two now have great regards for each other.

Was Sunil Grover Ditched by the team of 'I for India' Concert?

Kapil Sharma To Invite Corona Superheroes As Guests On His Show Post ...