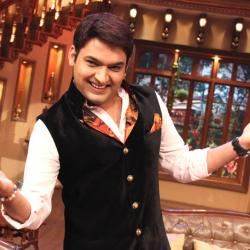 The duo exhibited their craziness and entertained the audience as well as the show's judges - singer Anu Malik and filmmaker Farah Khan, said a statement.

According to a source, Kapil was shooting at Yash Raj Films studio when his crew member informed him that the shoot of "Entertainment Ke Liye..." was taking place next door.

It was then that Kapil paid a quick visit to his friend Krushna.