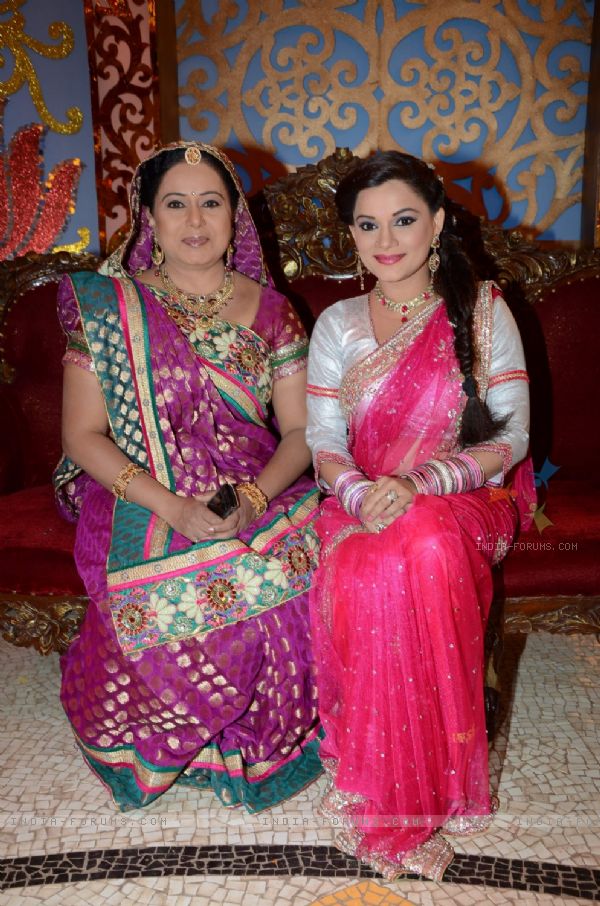 After a stint on dance reality show "Nach Baliye", actresses Neelu Vagela and Kanica Maheshwari have now started utilising their talent for their daily soap Diya Aur Baati Hum. They came together to choreograph a dance sequence for the show.

The actors were shooting a dance sequence a scene involving a character's sangeet ceremony.

The song was a twisted version of the popular Amitabh Bachchan song "Mere angne mein...", where the men and women of the house were to dance together.

According to a source from the production team, both the ladies were quick and focused to react and everyone co-ordinated very well. The shoot was wrapped up within three hours.

Neelu, who plays Bhabho in the show, said that she has done it for off screen weddings, "but it is for the first time I have done such a thing for a reel wedding. It was a lot of fun choreographing."

"Kanica and I worked as a team. We both were glad that everyone was so co-operative with us. We laughed the entire time and even pulled each other's leg," she said in a statement.

--Iniya-- 6 years ago Diya aur baati Hum Rockss...
Neeluji and Kanica you both are doing a great job :