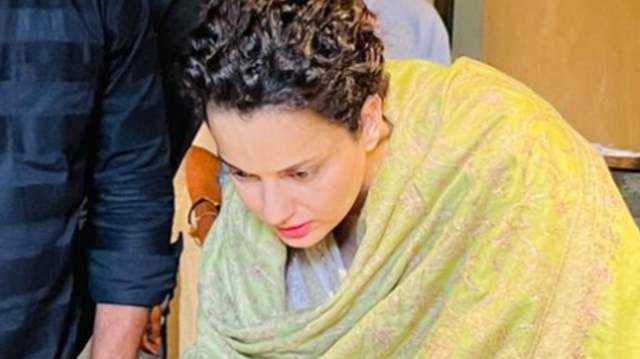 Kangana Ranaut is suffering from dengue fever, but that hasn't stopped her from working on the set of her directorial debut, Emergency. Kangana has a low white blood cell count as well as a high temperature.

On Monday, she was afflicted with dengue. Kangana has been working despite being ill, according to an Instagram post from her production company, Manikarnika Films.

The message read as, "When you are down with dengue, alarmingly low white blood cell count and high fever and yet you land at work, it's not passion it's madness...our chief @kanganaranaut is such an inspiration. " Kangana was quick to thank her team and responded with, "Thank you team @manikarnikafilms body gets ill not the spirit…thanks for the kind words." 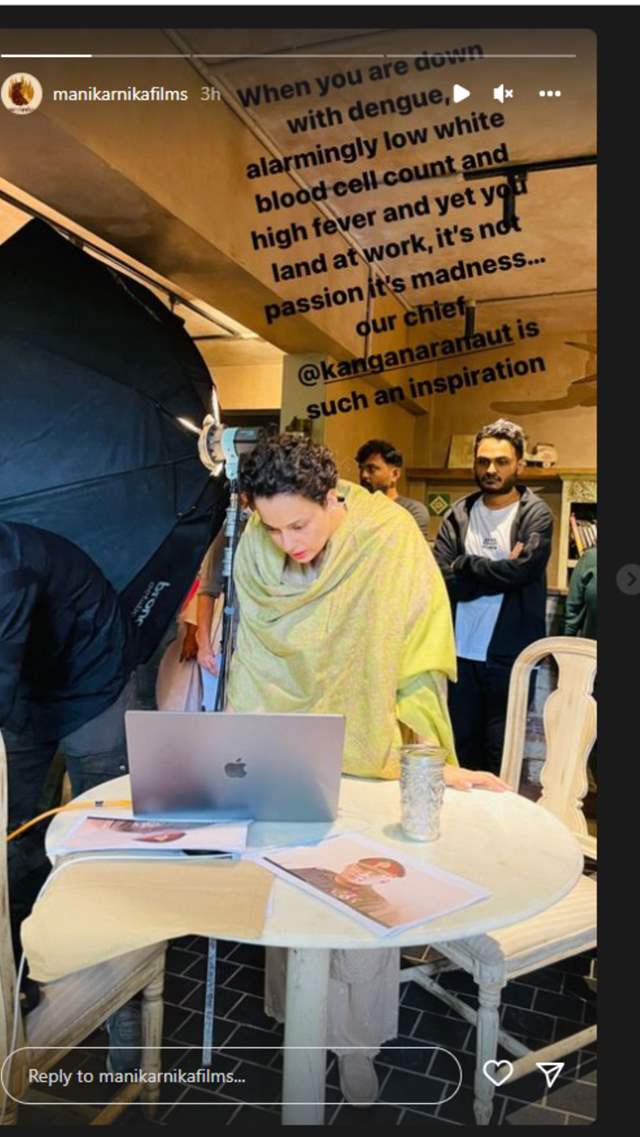 Kangana will represent Indira Gandhi, India's first and only female prime leader, in the film she is directing. Ritesh Shah, who also authored her last film Dhaakad, scripted this one. Kangana said earlier this year that acclaimed Hollywood prosthetic makeup artist David Malinowski would be focusing on her appearances for the film Emergency. She wowed  her fans with her first look trailer for the film, which debuted a few weeks ago.

Talking about the film, Kangana had told ANI recently,

"They (audiences) want to involve themselves much more with the narrative and the narrative should also be focused on them. The Emergency is an undeniable part of recent history and I feel that this will click with the audience. Since the teaser has dropped it's been trending at number 1, it has taken the nation by storm and it is a validation of the fact that this is what people are starved for."

Apart from this Kangana has a slew of projects in the pipeline like Tejas, Sita and others.

+ 12
1 months ago Her name is misspelled here