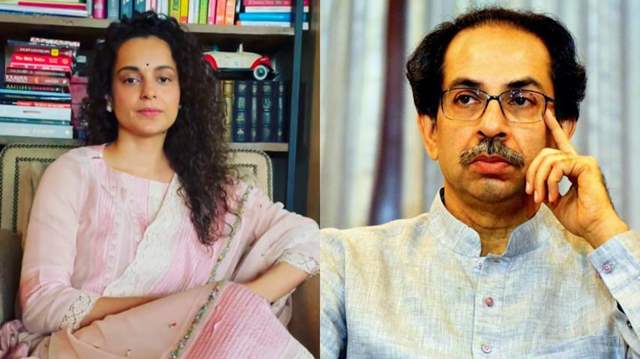 Bollywood actress Kangana Ranaut is known for her strong opinions when it comes to social issues or current affairs in the country. The actress now took to her social media and shared her thoughts on the state's political affairs.

Kangana Ranaut sent a video message on Instagram after Uddhav Thackeray, the chief minister of Maharashtra, announced his resignation on Wednesday. She captioned the video as,

“When evil takes over, destruction is imminent. After that, there is creation. The lotus of life blooms."

In the video the actress said,

"After 1975, this time is the most significant time for Indian democracy. In 1975, politician JP Narayan had challenged the throne and the thrones had fallen. In 2020, I had said that democracy is trust. Whoever breaks this trust under the pride of politics, it's certain that their own pride will be crushed. This isn't the power of a specific personality, this is the power of a true character. Hanuman ji is considered the 12th avatar of Shiv. When Shiv Sena itself bans Hanuman Chalisa, even Shiv cannot save them. Har Har Mahadev. Jai Hind. Jai Maharashtra."

Back in 2020, Kangana had called Uddhav Thackeray the 'worst product of nepotism’. After Uddhav took a dig at her for criticizing Mumbai.

+ 8
4 months ago put a sock in it kangana. tmrw if kareena invites you over to lunch you will be running