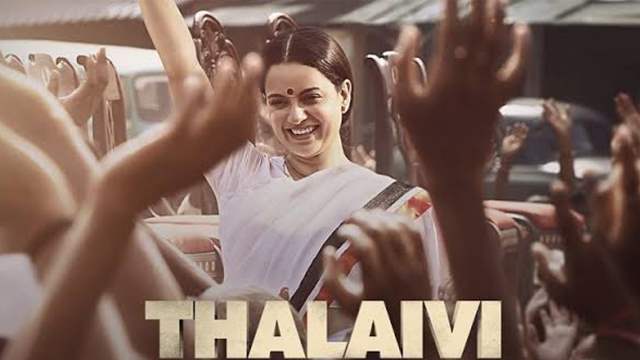 Back in February 2019, on the occasion of late Tamil Nadu Chief Minister J Jayalalithaa’s birth anniversary, a biopic film titled Thalaivi starring Kangana Ranaut in the lead was announced.

The film was slated to release on April 23 this year, but the makers had decided to push the release due to the rising number of Coronavirus cases in the nation.

In the latest development, Thalaivi has been  issued a ‘U’ certificate without cuts for its Tamil version. Kangana took to her Instagram handle to share the news and wrote:

“Thalaivi gets U cirtificate in Tamil Version, which means after Queen and Manikarnika one more film of mine which even children can enjoy with parents and grandparents.” 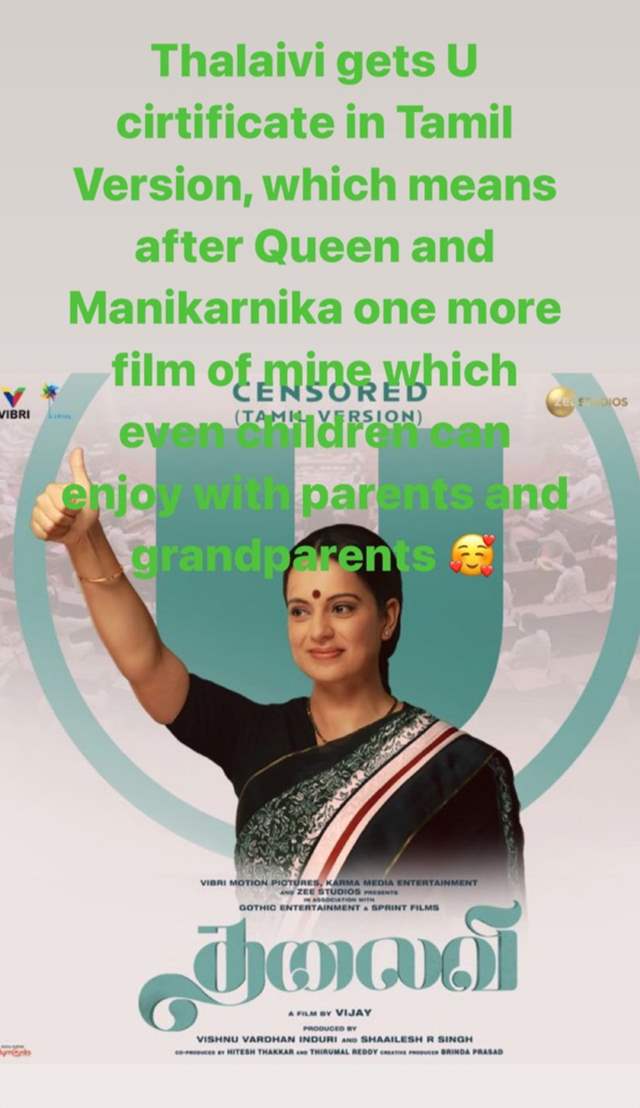 ‘Thalaivi’ creators are also planning to apply for the certification of the movie in Hindi and Telugu versions as well, and are now reportedly planning to release the movie in theatres in August.

1 months ago Why are people love reacting? Kangana ought to be cancelled, she’s a hatemonger.