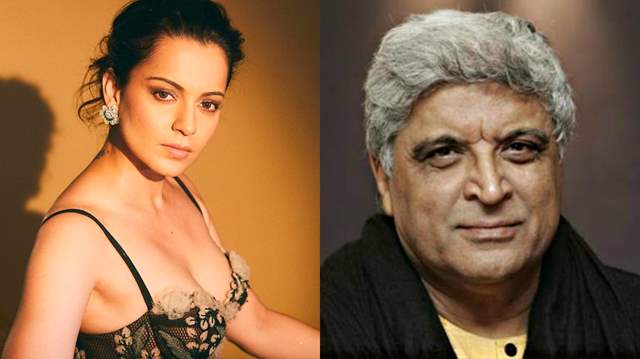 Bollywood diva Kangana Ranaut has asked a court in Mumbai to record her sister Rangoli Chandel's testimony in the defamation case brought by seasoned lyricist Javed Akhtar. Ranaut submitted the motion on Friday before Metropolitan Magistrate R R Khan with the assistance of her attorney, Advocate Rizwan Siddique. The subject has been postponed until August 11 by the court.

In November 2020, Akhtar complained to the court, stating that Ranaut had allegedly harmed his reputation by making false claims about him in a televised interview.

In his complaint, Akhtar claimed that Ranaut dragged his name during an interview while referring to a 'coterie' existing in Bollywood, following the alleged suicide committed by actor Sushant Singh Rajput.

In addition, Ranaut filed a counter-complaint with the metropolitan magistrate court accusing Akhtar of "extortion and criminal intimidation."

The actor said in her suit against Akhtar that the poet had summoned her and her sister Rangoli to his house after she had a public argument with her co-star and had done so with "malafide intents and ulterior objectives" before "criminally intimidating and threatening" her.

Meanwhile, Kangana is currently busy shooting for her upcoming film Emergency based on Indira Gandhi, she also has Tejas in her pipeline