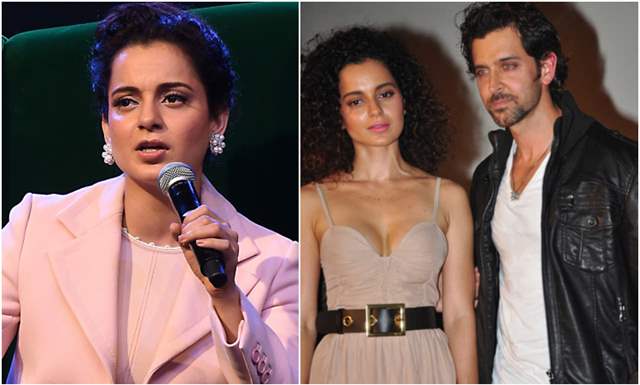 Kangana Ranaut and Hrithik Roshan shared a great bond with each other and even their fans admired their Jodi. However, their relationship went downhill due to unknown reasons. Now, after a long time, Kangana recalled her relationship with Hrithik and said that what she shared with him was genuine.

Taking to her Twitter handle she wrote, “I believe Sara must’ve loved him he wasn’t a fool to fall for a girl whose affection isn’t genuine but she must have been under pressure,what I shared with Hrithik was genuine at that point I still have no doubts about it why suddenly he became so hostile is still a mystery to me.”

“News of SSR and Sara affair was all over the media, apparently they were even sharing a room during their outdoor, why these fancy Nepotism kids show dreams to vulnerable outsiders and then publicly dump them?No wonder he fell for a vulture post that,” wrote Kangana addressing Sara and Sushant’s alleged love for each other.

For the uninitiated, Kangana and Hrithik were in a relationship when they were shooting Krrish 3. While the two have already made their appearance on national television to offer a new dimension to their sides of the story respectively, yet no resolution was sought.

The Queen actress has been outspoken about her relationship with Hrithik and recalling her affection for the Krrish actor might also spark the long snubbed debate. While Hrithik is yet to react to Kangana’s claims about him becoming hostile during their relationship, fans seem to look forward for closure of their relationship for three years now.

Funny29 2 months ago Wait a second Kangana and Hrithik were in a relationship+even their fans admired their Jodi?? 🤣🤣🤣🤣🤣🤣🤣🤣🤣🤣🤣🤣🤣🤣🤣🤣🤣🤣🤣 Seriously, I don't believe a word of it. Krrish 3 Hrithik and Priyanka were much hotter and a better couple.😍😘

Muskie 2 months ago Did she call her a vulture without any proofs??? Why isn't this woman's twitter id suspended yet