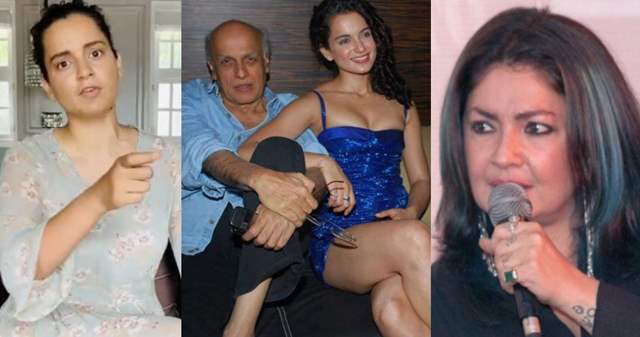 Ever since the tragic passing of Sushant Singh Rajput, there has been major outrage amongst the audience on how outsiders are not given fair opportunities as opposed to those with a family background from Bollywood. Kangana Ranaut was amongst the first ones to call out the hypocrisy of Bollywood and how many sideline genuine talent.

Recently, Pooja Bhatt tweeted her take on nepotism and took credit for launching Kangana with Gangster, and team Kangana replied like a boss on how she had other offers as well, and ended with the fact that talent will always find its way. But, Bhatt again tweeted an old video of Kangana receiving an award and thanking the Bhatt family.

Now team Kangana has replied to Bhatt, taking about how the issue isn’t about one person alone. They tweeted, “Pooja ji Kangana is thankful to Vishesh films fr launching her but she wants outsiders to be treated better, She is thankful that her ex broke up with her but she wishes it ws done respectfully,She feels fortunate to fnd success in world run by men but she wishes patriarchy ends.”

Hina Khan shares that she felt like a baby working in Naagin ...
3 minutes ago

Varun Dhawan and Kiara Advani all set to star opposite each ...
13 minutes ago