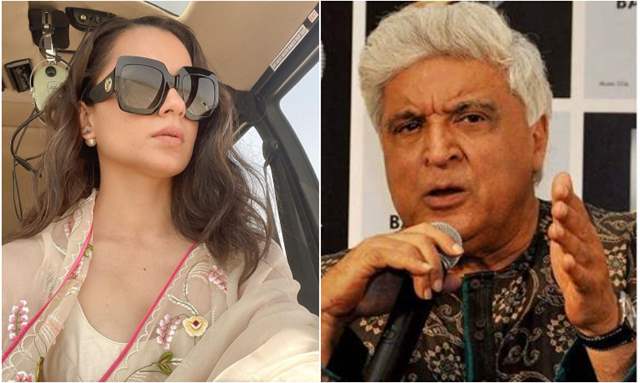 The Andheri Magistrate court on Thursday granted bail to Bollywood actress Kangana Ranaut in a  defamation case filed by veteran lyricist Javed Akhtar. She has been granted bail upon furnishing a surety of ?15,000 and a cash surety of ?20,000, reports Bar and Bench.

Earlier, Kangana had moved the court for the cancellation of a bailable warrant that was issued against her by the court. She was asked to appear in court on March 1, 2021, in connection to the defamation case against her, but failed to do so.

Javed Akhtar had filed a criminal complaint against Kangana on November 3, under Sections 499 (defamation) and 500 (punishment for defamation) of the Indian Penal Code. He alleged the actress of making defamatory comments against him in television interviews.

In a television interview back in July 2020, Kangana had linked Javed Akhtar with Bollywood actor Sushant Singh Rajput's death. Kangana, at several instances, had accused Akhtar of ‘threatening’ her and that he forced her to apologise to ex-flame Hrithik Roshan. Her sister Rangoli Chandel had also shared on Twitter, “Javed Akhtar ji called Kangana home and intimidated her threatened her to say sorry to Hrithik, Mahesh Bhatt threw chappal on her cos she refused to play a suicide bomber, they call PM Facist, chacha ji aap dono kya ho?”

In other news, Kangana celebrated her birthday a day ago, on March 24, 2021. She hosted a birthday bash, which was attended by Anupam Kher, Ekta Kapoor, Vivek Agnihotri, Pallavi Joshi, Ashwiny Iyer Tiwari and others.

Doubling the celebrations, the trailer of her much-awaited film, Thalaivi was also launched on her birthday. Speaking of Thalaivi, the film is a biopic of late former Tamil Nadu chief minister J Jayalalithaa and stars Kangana Ranaut in the titular role. Directed by A.L. Vijay, the film also stars Arvind Swami as MG Ramachandran, Prakash Raj as M Karunanidhi, Jisshu Sengupta as Sobhan Babu and Bhagyashree as Jayalalithaa’s mother Sandhya.