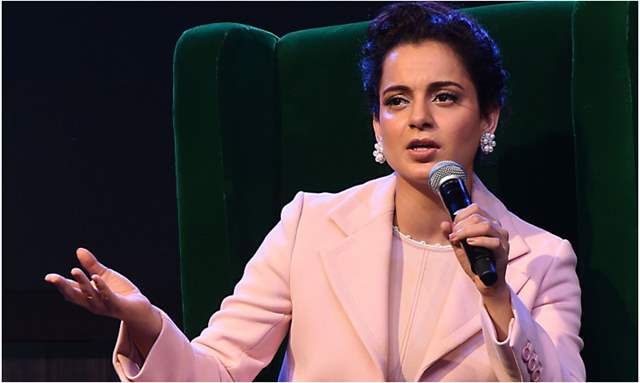 Kangana Ranaut is currently en route to her hometown in Himachal Pradesh. While the actress's short stay in Mumbai came to a conclusion, she continued to hurl allegations and attacks at the Shiv Sena and it’s governing of the city.

She once again took to her Twitter handle and attacked the party for demolishing her Mumbai office.

The actress reportedly landed in Chandigarh recently, in her recent Tweet she described the difference in the way she was greeted and survived her visit to Mumbai. Elaborating her feelings and love for Mumbai she even wrote that there was a time when Mumbai felt safe as a Mother’s touch. She once again called out Shiv Sena for its ‘administration’ and how her security continues to be for namesake in Chandigarh.

For the uninitiated, Kangana Ranaut returned to Mumbai on September 9 after heated arguments with leaders of the Maharashtra Government and calling out Mumbai Police and stating that she feels unsafe in the city post the death of Sushant Singh Rajput. Shiv Sena MP Sanjay Raut gave a strong reaction to her statement and then Kangana was seen comparing Mumbai to Pakistan occupied Kashmir.

"'BJP should instead let Shiv Sena goons break my face, rape or openly ...