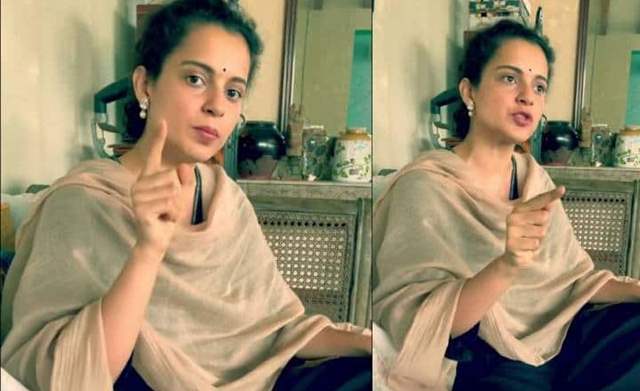 This morning Kangana Ranaut posted a heartfelt video wherein she spoke about the horrifying condition of West Bengal post the recently held elections and its results. However, her twitter account yet again got suspended for raising her voice against the violence.

When contacted, Kangana reacted to her account being suspended and told us,

Twitter has only proved my point they are Americans and by birth a white person feels entitled to enslave a brown person, they want to tell you what to think, speak or do, fortunately I have many platforms i can use to raise my voice including my own art in the form of cinema but my heart goes out to the people of this nation who have been tortured, enslaved and censored for thousands of years and still their is no end to the suffering...

Kangana, virtually is the lone one from Bollywood speaking against violence in Bengal and the actress also spoke to other media after the US-based microbloggign website Twitter suspended her account for violation of terms of service.

She has said that this partisan and unfair action by Twitter should not change the focus, and people should continue to demand an end to the violence in West Bengal.

She told OpIndia requesting them that her message be conveyed to the people,

“I want to request everyone keep the focus on Bengal violence and pressurise the government to stop the genocide. Whole focus has gone to the suspension (of my Twitter account). It does not matter I can come via many platforms, let’s not make it about that."

While Twitter claims that her account was suspended for hateful behavior, Kangana has made it clear that all she was asking for is justice for people in Bengal, who were being killed after Mamata Banerjee’s TMC scored a massive victory in the just-concluded assembly elections.

She reiterated that she was not asking for any violence but imposition of President’s rule in Bengal in wake of widespread violence happening in the state, in which many people, mostly BJP supporters have been killed.

Even local leaders of parties like the CPM and Congress have claimed that their officers and workers have been attacked by goons supporting Mamata’s Banerjee’s TMC.

Kangana further revealed that her account was suspended within minutes of she putting up a video message where she asked for imposition of President’ rule in Bengal. She also asked why the media is not bothered or why the union government is afraid of imposing President’s rule.

In the video, which is embedded below in this article, one can see her in distress and crying:

"When I posted this (the above video), within 15-20 mins, (my Twitter) account was gone,” she further revealed, “Also, there are many FIRs against me in Bengal.”

However, she again added that she does not want this issue to be made about her. She said,

“Let us not change the narrative from the people who need us now to someone like me, who is privileged enough to come via prime-time shows or best-selling dailies."

+ 4
5 days ago Run-out from twitter. Don't know why 3M people would follow a hate monger? People are dying in massive numbers and all she cares about is 'election results in Bengal'. Anyone can see the priorities here. IF should not give her so much PR by writing articles so frequently about her.

6 days ago How disgusting she can be. She only spread hate, divide and rule