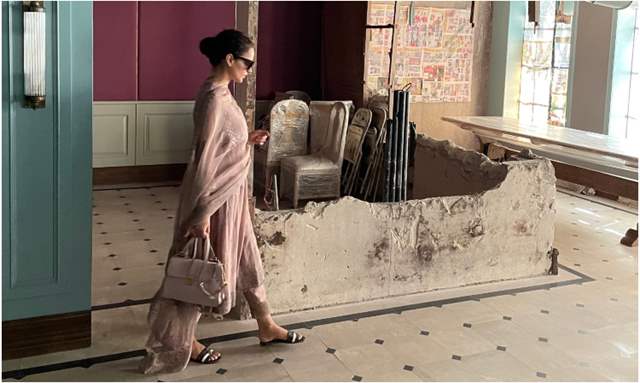 Kangana Ranaut in her recent tweet made fresh statements and gave an update about the bulldozing of her Mumbai office by the Brihanmumbai Municipal Corporation (BMC) due to alleged structural violations. In her recent tweet, Kangana targeted the civic body and claimed that they have threatened to revoke the license of any architect who takes up the restoration duties.

In a series of tweets, Kangana wrote, “I have won the case against [email protected]? now I need to submit a file for compensation through an architect, no architect is ready to take my case they say they getting threats from [email protected]? their license will get cancelled,It’s been six months since the illegal demolition.” 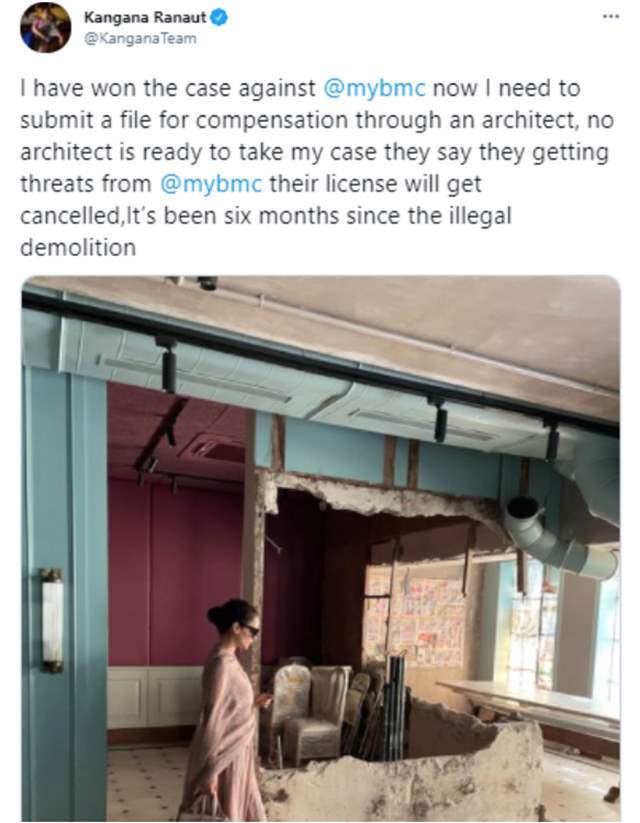 In another tweet, Kangana alleged that the BMC evaluator, who has to ascertain the damage caused by the demolition action, has been dodging the calls of Kangana’s team. “Court had asked BMC evaluator to visit the site,but he does not take our calls after many months and continuous chase he visited last week but no response after that.This is for everyone who is asking why don’t I fix my house, rains are around the corner, I too worry about it,” wrote Kangana as she expressed the concerns about the impending monsoon season. 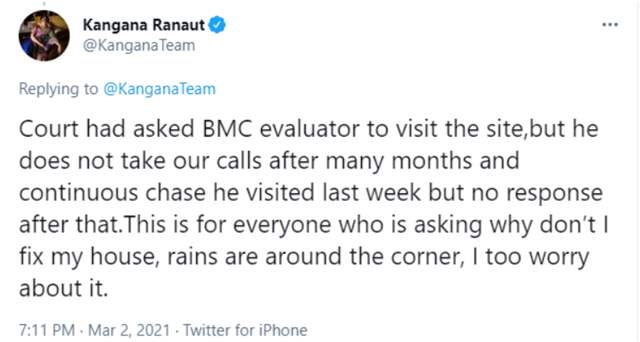 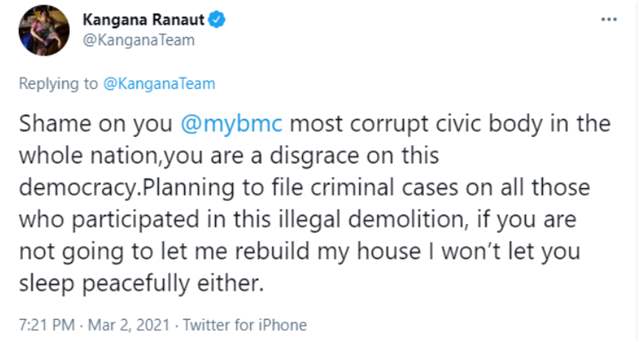 Earlier, BMC demolished a portion of Kangana Ranaut’s office in Bandra while she was en route to Mumbai. Later, the actress filed a case against Shiv Sena’s Sanjay Raut and the concerned officer who reportedly gave orders for the demolition of her property.

1 months ago Who are these 42 people feeling sorry for Kangana. Who gives a ****. Lunatics