Replacements of actors in television serials these days, is a regular norm.. After characters like Tulsi Virani & Anurag Basu having changed faces, in row next is the lead protagonist of the afternoon daily, Bhabhi. 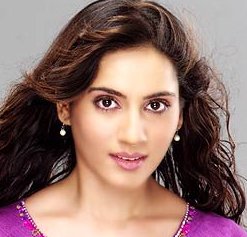 Featured Video
Post leap, the lead role of 'Bhabhi' was played by Rucha Gujrathi, who successfully played the character, until the makers announced another leap of 5-6 years. Rucha decided to opt out as she was uncomfortable playing a mother's role. Another reason for her opting out was reported as, that Gurdip Kohli was roped in to play the parallel lead, which didn't go down too well with Rucha. Post Rucha's exit, the role of Suhana was played by Jayshree Rao. And now, Kanchi Kaul (who was last seen in Ek Ladki Anjaani Si) is all set to replace Jayshree and re-enter the show..

Currently, the track revolves around Dev (Vishal Singh), who after his wife, Suhana's death hands over their baby, Kamal, to Gitanjali (Gurdip Kohli) after Gitanjali loses her husband in an accident. Gitanjali, ofcourse, is unaware that Kamal is Dev & Suhana's son. After years, Kamal with Gitanjali enter Dev's life and Dev is naturally attracted to his son. And here lies the twist in the tale.. Read on to find out more..

We spoke to Vishal Singh about the track and Kanchi Kaul's entry..and this is what he had to say.. 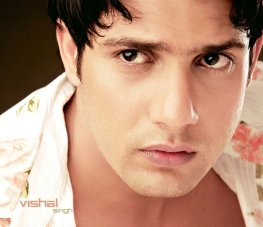 How is it to work again with Kanchi? "Yes, I am very much looking forward to working with her. As co actors, we have shared a very good rapport", says the actor.After sharing a Mama-Bhatiji relationship in ELAS, you will be seen as a couple here. So how are you both approaching this role? "See, the basic thing is that we have to give the relationship on screen, a right direction. Yes, as Mama and niece, we are great in chemistry, just want to carry that forward here too."

So how is the track going to proceed now? "There is going to be total confusion. Dev gets married to Gitanjali, and has got back Kamal in his life, when Suhaana makes an entry again."

So with Dev caught in total dilemma, with Suhaana, the lady he loves back, what is in store?
"Suhaana who had lost memory has regained her memory and is back now. She is determined and wants her son and husband back. So there is going to be a fight, big chaos. Dev will be in total dilemma as he loves Suhaana, and has married Gitanjali, only because he wanted to get Kamal back into his life."

Chaos for sure, and no respite for Dev-Suhana..and viewers alike! We can only hope Kanchi Kaul lives upto the expectations and lives the role of Bhabhi. Wish her all the very best.

14 years ago wow after so long kanchi is doing a show good for her but a show like bhabhie which has stagnated n to be honets i dont think has a lot of potential anymore story n serial wise :S