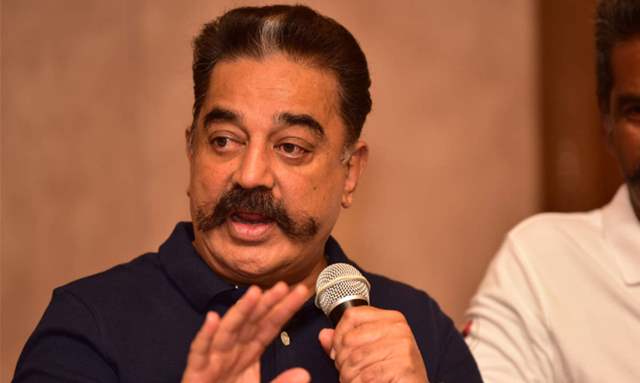 Kamal Haasan on Tuesday expressed his displeasure against Tamil Nadu Government’s decision to open liquor shops from May 7, 2020. The two months of lockdown seems to have gone in waste as several parts of the nation saw people breaking social distancing laws leading to chaos near the shops.

A lot of liquor shops were re-opened in other states from May 4 and according to media reports, the Karnataka government alone collected Rs 45 crore in a single-day collection of alcohol sales. Reportedly, TN Govt is now planning to open in their state from May 7.

Kamal Haasan who is the chief of Makkal Needhi Maiam (MNM) immediately took to social media and expressed his displeasure over the same.

"The government which couldn't save Koyambedu market will now open TASMAC shops. Does leadership even understand that every wrong step will cost lives?" Kamal Haasan wrote.

Many celebrities from the film industry took to social media and have expressed their thoughts on liquor shops being reopened amidst the COVID-19 outbreak.

Meanwhile, the ongoing lockdown has been again extended and will now last till May 17, 2020. However, this lockdown 3.0 has come with several relaxations which include the opening of liquor shops across the nation.

Priyanka Chopra Expected to Win an Oscar? To be One of the ...
20 minutes ago

Ravi Kishan Hits Back after Anurag Kashyap Accused him of ...
44 minutes ago

Anurag Kashyap: Studios denied to Pay me if I casted Ranveer ...
55 minutes ago