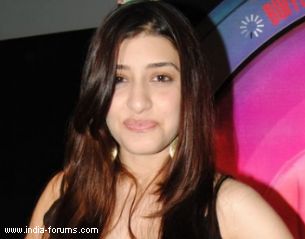 Actress Kainaz Motivala, who shot to fame after Ekta Kapoor's horror thriller "Ragini MMS", says she got many offers after the film, but they were all of the same kind and she does not want to be typecast.

Just three films old in the industry, the 25-year-old says the journey of a newcomer is not easy in Bollywood compared to star children.

"I thought it will be easy, but it's not like that. One needs to be really strong because there are people who are ready to pull you down at the drop of a hat. It is a very competitive world.

"As compared to people from outside the industry like me, star kids have an easy path. It's definitely not fair and I am not going to be diplomatic about that," she added.

The petite actress, who made her Bollywood debut in "Wake Up Sid", will now be seen in "Challo Driver" that releases Friday.

In the film, smitten by the charm of actor Aamir Khan, Kainaz will be seen as a chauffeur and says she would like to take the actor Aamir for a ride in real life.

"Aamir is such an inspiration, I would love to talk to him about his films. He is such a successful and fine actor but every time you see his movie there is freshness just like a newcomer. Every character that he portrays is very inspiring," Kainaz said.

"Challo Driver" has been produced and directed by debutant Vickrant Mahajan,