View Profile
BollyCurry has time and time again mentioned how actors undergo look changes to ensure their characters look the part. Some easily achieved, some painstakingly achieved and some so extreme that it hurts just to read about it. We bring you such a tale. 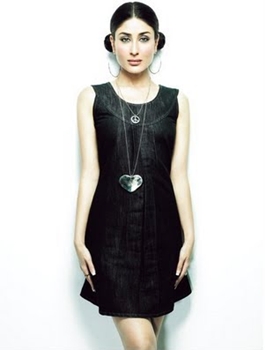 The beautiful Kareena Kapoor is now most famously known for her size zero figure. Something, for which, she has passed through ample scrutiny by the press and public alike. After undergoing an inhumanly cruel diet routine, sacrificing her heirloom desi curves and many other hardships to obtain her perfect size zero, Kareena is now able to flaunt her figure with pride. Even if she had to receive a little flak!


But news has it that Karan Johar now wants Bebo to further kick it down a notch and fit into a size minus frame!


The peppy director claims that it would be apt for Kareena to further tone her body so that she would suit the look opposite Imran Khan in their next flick together titled, Short Term Shaadi. But not only will she be flaunting off a thinner frame, Kareena will also be shown sporting a shorter hairstyle.


The term itself, 'size minus', is pretty scary. We wonder what else Kareena will have to endure in the name of character authenticity!
16 Likes