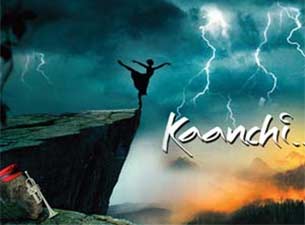 Subhash Ghai, whose directorial venture "Kaanchi" is gearing up for release five years after his last directorial venture, is upbeat about the trailer launch of the movie. He says it's an event as big as his film launch used to be years ago.

The trailer will be released at an event here Thursday.

"My excitement building for March 6 when theatre trailer of 'Kaanchi' will be releasing after five years of my last directorial venture," Ghai, who last directed "Yuvvraaj", posted on Twitter Tuesday.

"You will see trailer of 'Kaanchi' on March 6 at Cinemax at 3 p.m. An event itself like I used to release my movies 15 years back. What a change," he added.

Starring Kartik Tiwari and newcomer Mishti in the lead roles, the musical drama is a tale of a girl who dares to fight against corruption. The film will release April 25.