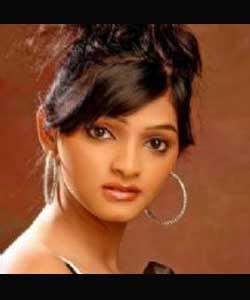 Our source says, "Jyotsna has been suffering from high temperature but she ignored. Recently while shooting her temperature raised and she was taken to the hospital and it was detected as typhoid and she was advised to take a complete bed rest."

Jyotsna who confirmed the news, "Yes I was suffering from typhoid, my temperature was suddenly raised and I was taken to the doctor and it was detected as typhoid, now its fine but still I have weakness. I have to resume shooting soon as I am getting bored but doctor has advised me a complete rest."

JinxSister 8 years ago sorry to hear that dear luv u. Guess all people overworked and working all times because lead actress has her holiday. That is why everyone getting tired and sick. U are the best!!!

Infofan 8 years ago Get well soon, Jyotsana. Keep up the good work.

trish1 8 years ago Hope you get well soon,and keep up athe good work

LoveGuddu 8 years ago Get well soon...Take good care of yourself...

jps01 8 years ago Wishes for a speedy recovery!

Etna_Dia 8 years ago Sad news! I hope that you get well soon! I love the way you portray Mahadevi!

shru. 8 years ago Get well soon Jyotsna aka MD...Takecare dear!

luvsagar 8 years ago Jyotsna, Get well soon!! Love you as devi!!

luvbbat 8 years ago Wish you a speedy recovery Jyotsna. Be sure you get enough rest!

Charvi Saraf is finally happy that her character got a ...
16 minutes ago