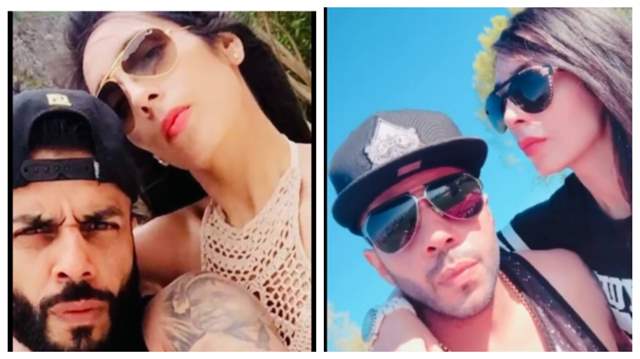 Popular Punjabi singer Juggy D, who is best known for his songs in films like Hum Tum, Kya Kool Hai Hum and more recently in Mubarakan finds himself in a fix right now. The singer is apparently arrested by the London police. He has been charged with domestic violence as per a reliable source. Juggy D's British Indian wife Kiran Sandhu got him arrested on Tuesday & filed a harassment suit against him. Sources suggest that his wife was going through a bad phase for a while now. It’s shocking that after being in 11 years of marriage with three kids, the wife had to decide to separate. Only earlier yesterday, she finally got him arrested in London and that's when his phone waa caught hold of.

Reports suggest that Juggy D partied in The Claridges hotel in New Delhi with girls and drugs and came back to London to surprise his wife Kiran on their 11th anniversary. Right after his return, Kiran got hold of Juggy's phone and read some of the messages. This upset Juggy where he apparently went crazy and started beating Kiran following by which she called the cops on him.

Following that and as she had his phone, Kiran posted the chat on Instagram where she found that he has been cheating on her. She also found out that apparently he and singer Guru Randhawa have been womanizing and doing drugs. She posted a few of the singer's chats for the availability of escorts on his Instagram account today.