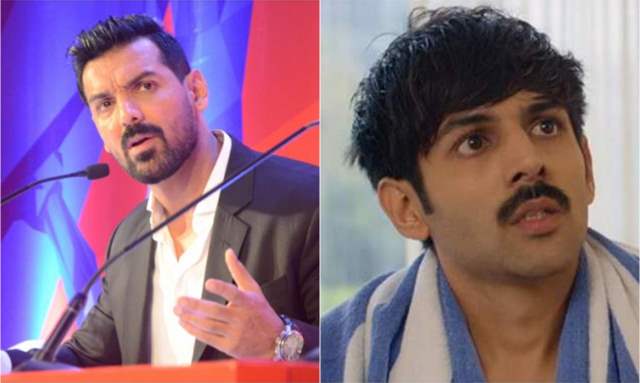 The ensemble star cast is on a promotional spree for their upcoming film, and in a recent chat with Pinkvilla, John and Anil Kapoor talked about wholesome comedy in films, that do not hurt anyone’s sentiments or are offensive to the viewers.

When John was asked to comment about the same, he clearly stated that he cannot do adult comedy and will not say things in a film that can offend people watching it. He also went on to assert that his film, Pagalpanti has nothing offensive.

“In Pagalpanti, it is a universal movie. You can target anyone, from the age of 6 to 96, there is nothing offensive in it. There is no bloodshed, the villains are cute, everything is very good and positive about the film. Subconsciously, I can’t do adult humor, so anything if it khatkos (bothers) me in a line and I feel it might be offensive as far as humour goes, I probably wouldn’t say it,” says John.

Besides him, Anil Kapoor too commented about the same subject and said that sometimes the actors who are new to the business feel trapped under the filmmakers and cannot say no, thus doing things that later lead to trolling.

“It depends on who you are working with as well. Sometimes you work with someone where you feel trapped. You trust a director completely and then feel ‘what is this line?’ There are youngsters and newcomers, they don’t know how to say no and don’t realize it and later they feel they received flak for it. But their intent is not wrong,” Anil Kapoor added.

In the film  Pati Patni Aur Woh, Kartik’s monologues goes like,  “Biwi se sex maang lein toh hum bikhaari. Biwi ko sex na de toh hum atyachaari. Aur kisi tarah jugaad laga ke usse sex haasil kar lena toh balaatkari bhi hum hai. (If we ask our wives for sex then we’re called beggars, if we deny them sex then we’re called torturers, and if we coerce them into having sex with us, we’re called rapists).” This has irked many and netizens have mercilessly shamed the actor on social media.

Meet the On-screen Mother of Sana Sayyad in Star Plus' ...
32 minutes ago

Rhea's Lawyer Dismisses Her Being 'Missing' Allegations; ...
40 minutes ago