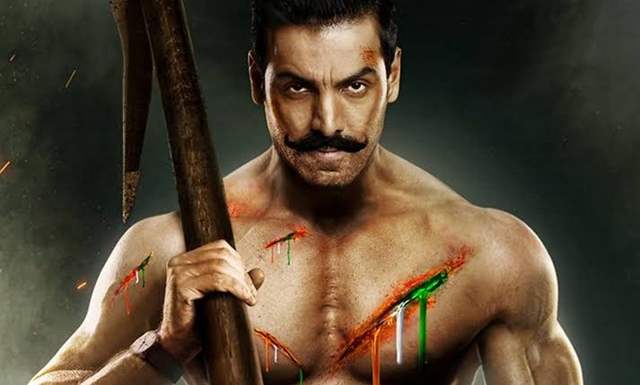 The second instalment of the 2018 vigilante action film Satyameva Jayate was all set to hit the theatres on May 13, 2021.

However, owing to the rapidly increasing number of COVID-19 cases in the nation, the makers have decided to postpone the release of the film. The team issued an official statement that reads:

In these unprecedented times, nothing matters more than the safety and health of our countrymen & patrons. Our film “Satyameva Jayate 2” will now release on a later date. Till then let’s keep our masks on and do our best to keep our loved ones and ourselves out of harm’s way. Jai Hind. 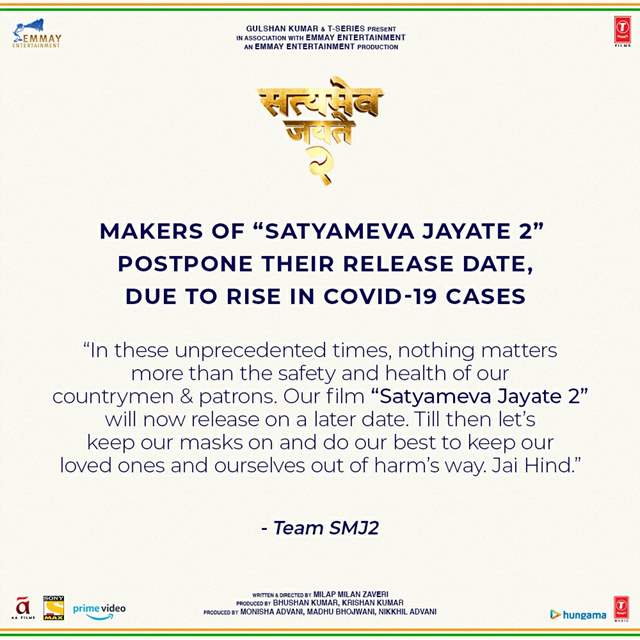 In an earlier interview, Milap had revealed details about the second instalment and stated that while the first part of the film saw two brothers fighting corruption, the sequel would see John doing larger than life action sequences. He revealed that John would have superhero qualities like that of the Hulk from Avengers series.

3 months ago The movie would have been flop anyway. Superhero like qualities but not a superhero film? That right there is enough to make the film s huge disaster.