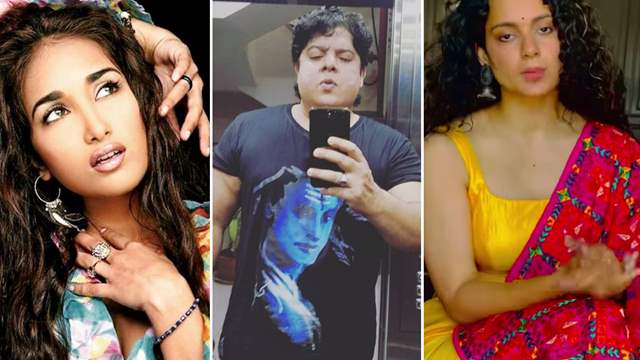 Jiah Khan's sister has made some serious allegations against filmmaker Sajid Khan and alleged that he sexually harassed her actor sister.

On Monday, a Twitter user shared a clip from from Death In Bollywood, a documentary about the death of Jiah Khan in which the late actress’ sister claimed that Sajid Khan asked Jiah Khan to strip during a script-reading session. She said that she accompanied Jiah to Sajid’s house one day and how the filmmaker made inappropriate remarks about her.

“When she was asked by Sajid Khan to take her top off, she came home and cried. She said, ‘I have a contract, so if I leave, they can sue me and slander my name. If I stay, then I am sexually harassed.’ It was a lose-lose situation,” Jiah’s sister said.

The video was shared on Twitter with the caption, “Reminder that Sajid Khan is not in jail yet.” Kangana Ranaut retweeted the clip and reacted strongly as she wrote:

“They killed Jiah they killed Sushant and they tried to kill me, but they roam free have full support of the mafia, growing stronger and successful every year. Know the world is not ideal you are either the prey or the predator. No one will save you you have to save yourself.”

Jiah Khan was found dead in 2013 in her Mumbai apartment. While hear untimely death was ruled as a suicide, her mother Rabia Khan continues to maintain that her daughter was murdered. Actor Sooraj Pancholi was also named in her death case as his name was found in a suicide note.

Speaking of Sajid Khan, the filmmaker has been accused of sexual harassment by several women including Mandana Karimi, Saloni Chopra among others.