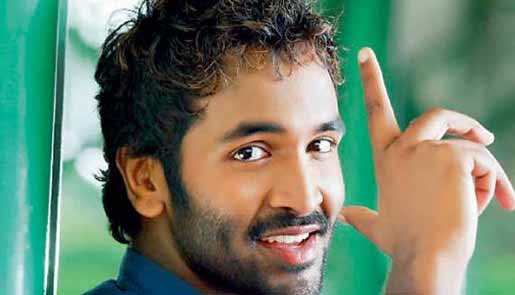 Actor Vishnu, who is gearing up for the release of forthcoming Suseenthiran-directed Tamil sports-drama "Jeeva", says this is the first time in his career that he's solely carrying a film on his shoulders.

"All my films so far in my career had important characters that drive the film forward. Be it Muniskanth and Kaali in 'Mundasupatti' or the goons in 'Bale Pandiya' or Soori and others in 'Vennila Kabbadi Kuzhu' - every character had important part to play," Vishnu told IANS.

"If you see most of my films, I'm just a character in them, but 'Jeeva' is the first film that completely rests on my shoulders. I drive the film's script forward. I play Jeeva in the film. The experience was challenging but the success of my last film gave me the confidence," he said.

"Jeeva" is the story of a cricketer and it reunites Vishnu with his mentor Suseenthiran, who launched him in "Vennila Kabbadi Kuzhu".

"I always wished to work with Suseenthiran again. He's my mentor and he taught me everything about acting. We planned to work in a film in between, but somehow it didn't work out. One fine day he asked me why we can't do a cricket film," Vishnu said.

"I was so happy because I always wanted to do something on cricket. We discussed what he had in mind and I was really hooked on to the idea," he added.

As part of their background work on the film, Vishnu and Suseenthiran met lot of players who've played cricket at different levels.

"We met both successful and yet struggling players to understand the sport from different perspectives.

"We also met cricketers who had to quit due to several reasons. Based on the feedback from all these players, Suseenthiran had something very concrete to develop the script. When he gave me the final narration, I felt no film could portray cricket as professionally on screen as ours," Vishnu said.

Vishnu knows how to play cricket, and hence wasn't required to train for his role. But he had his own set of challenges.

"I didn't have to train in cricket because I've played it all my life. But it's not easy being a cricketer always. At times I was asked to score a six whenever the director wants. They would ask me to repeat the shot so that they could capture it from different angles," he said.

"I had to be so spontaneous because it's not easy to score on every ball you play. I think this was a big challenge. I had to be very confident while playing because I couldn't afford to waste time," he added.

Another challenge was playing a different character off the field.

"Off the field, I play a character with lot of variations. My character ranges between an 18-year-old school boy to a 25-year-old. I had to portray that seven-year difference at different stages of my character," he said.

Vishnu even shed about 7 kg for the role.

"Jeeva", which releases Friday, is produced by actor Arya and will be distributed by actor Vishal Krishna Reddy.