Bigg Boss 14 may have ended but it managed to give actor Jasmin Bhasin another push of popularity and love even though she was one of the big names in the TV industry. While her own stint in the show has received a mixed response, her story with Aly Goni was adored in the show and continues to go stronger than ever. Talking about her future in an interview with ETimes, she opened up about her ambition as an actor, being a doting wife and having kids. However, she first talked about her angst with Rubina Dilaik and Abhinav Shukla.

Talking about it, she said, "Well, as a person I choose to ignore negativity, so I don’t know what has been going around. I was the first person to hug and congratulate Rubina when she won the trophy and didn’t have any angst against them after the show. That was my way of showing I don’t hold any grudges. Yes, there was one post of Aly and I where Rubina didn’t tag me and tagged only Aly. Honestly, she could have forgotten and that doesn’t bother me. I am very happy they made a beautiful reel on our song and shared and promoted it."

Talking about why she thinks Bigg Boss couples are being roped in music videos for the past couple of years, she said, "The chemistry between' Bigg Boss' couples is compelling, that’s why. Like, Aly and I share this amazing chemistry since we were friends since many years and now we are in love. So, obviously that reflects on screen because its natural and organic, and people love watching it. Some other couples like Paras Chabbra and Mahira Sharma, Sidharth Shukla and Shehnaaz Gill, have really nailed that chemistry too." 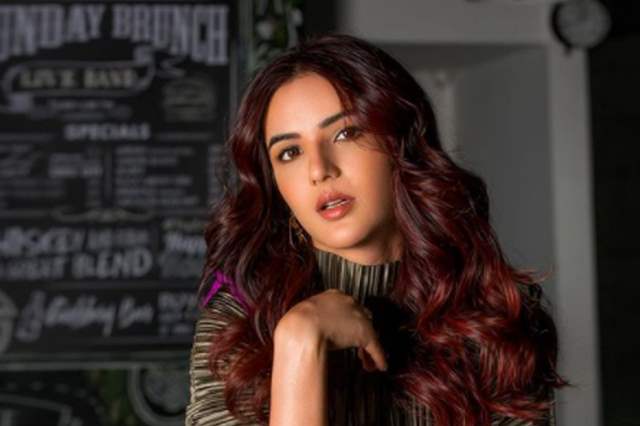 + 5
1 months ago She says she congratulated, rubina says she didntm lmfao who do you believe? Lmfao jasmine the girl that says she has nothing against no one is also pointing out that rubina didnt tag her in something.. honey thats not letting go. Stop lying.