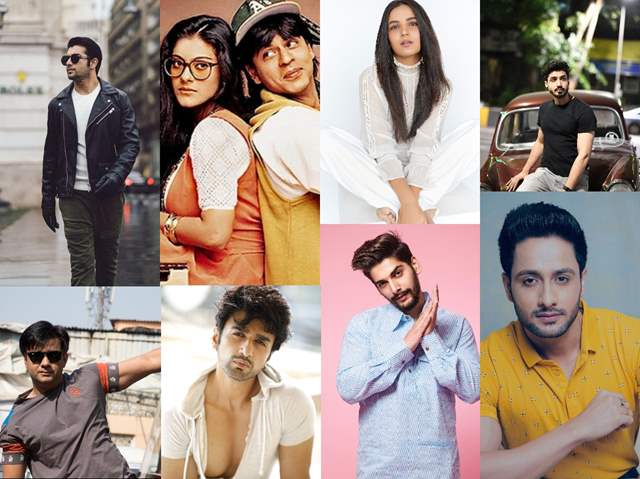 Time flies and how. "Dilwale Dulhania Le Jayenge" (DDLJ) is not just an iconic film, but is also the most celebrated film of the Indian Film Industry. Featuring Shah Rukh Khan and Kajol as Raj and Simran, the movie made every girl in India look for her Raj. And while it had some exceptional performances, the dialogues were equally impactful and entertaining. So here are some celebs sharing their favourite dialogue from this iconic film. Read on:

Sharad Malhotra: Wow, congratulations to the entire team of DDLJ. Can't believe it jas completed 25 years. It's an iconic film and to pick one dialogue is very difficult, especially when I am such a big fan of Shah Rukh Khan. My favourite dialogue would be by SRK, which I am sure is used by many of us in our everyday life. It is "Bade bade desho mein aisi chhoti chhoti baatein hoti rehti hai."

Jasmin Bhasin: I loved the movie and I always watch it whenever it comes on TV. Though the movie had some amazing dialogues, my favourite one is "Jaa Simran jaa, jee le apni zindagi." I think of it as my life's mantra too, to just fly high and reach my goals.

Nishant Singh Malkani: Can't believe it completed 25 years, and I guess the movie is such that even the next generation will watch it with the same interest. My favourite dialogue is quite filmy, but it's very real at the same time as it talks about Indian women and their honour. It's "Main ek Hindustani hoon... Aur main jaanta hoon ki ek Hindustani ladki ki izzat kya hoti hai."

Savi Thakur: My favourite dialogue from the film is "Sapne dekho, zaroor dekho... Bas unke poore hone ki shart mat rakho." I think it means that you can dream and you can work hard to achieve those dreams, but you can't expect all of them to come true. I think it's very apt and is true for everyone.

Kettan Singh: 25 years and still ruling the audience's heart is a big thing. My favourite from DDLJ is "Mohabbat ka naam aaj bhi mohabbat hai ... yeh na kabhi badli hai aur na kabhi badlegi." I think it was said by Anupam Kher in the film. It has such a deep meaning and I love this one.

Akshit Sukhija: I think at some point all of us have used "palat" in our lives. So my favourite dialogue is "Agar yeh tujhe pyar karti hai toh yeh palat ke dekhegi ... palat ... palat!" It can never get old, even when the movie completes 50 or 75 years, and the same is for the film.

Suraj Kakkar: My favourite dialogue from DDLJ is quite funny because it's related to results, which everyone is scared of showing to their parents. So for me it's "Fail hona aur padai na karna hamaare khandaan ki parampara hai." Quite funny, but this will never get old, even after a 100 years you can use it.

Which one is your favourite dialogue? Drop your comments below.