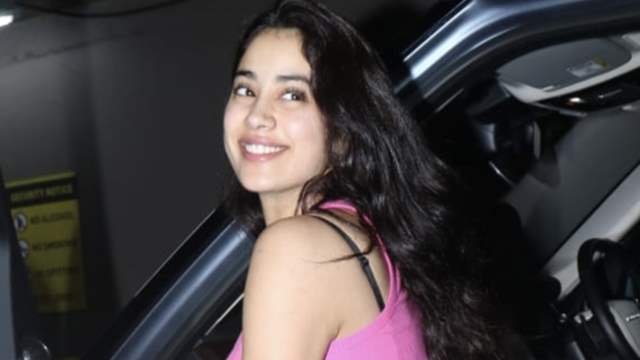 Bollywood actress Janhvi Kapoor is the most talked about Gen-Z star in showbiz. The actress hasn't been in the city since she's been in Poland filming for her upcoming movie Bawaal. And her social media posts often gave us a glimpse of how much fun she had while filming with Varun Dhawan in Poland and Amsterdam.

The duo treated their fans in all ways possible, from their 2 am videos to their crazy pictures together it was all times fun.

While, Varun travelled to Warsaw to complete the film's schedule, it appears that Janhvi finished her shooting bit and arrived back in the city just in time prior to the release of her upcoming film Good Luck Jerry.

In the pictures, Jnahvi looked super cool in her comfy outfit. She donned a pink coloured spaghetti crop top that she paired with her black coloured joggers. She left her hair open, sported a no-makeup look and carried a blue bag on one side of her shoulder.

She completed her look with white sports shoes. Janhvi initially covered her face with a white face mask but later removed it for the paps and smiled for them. 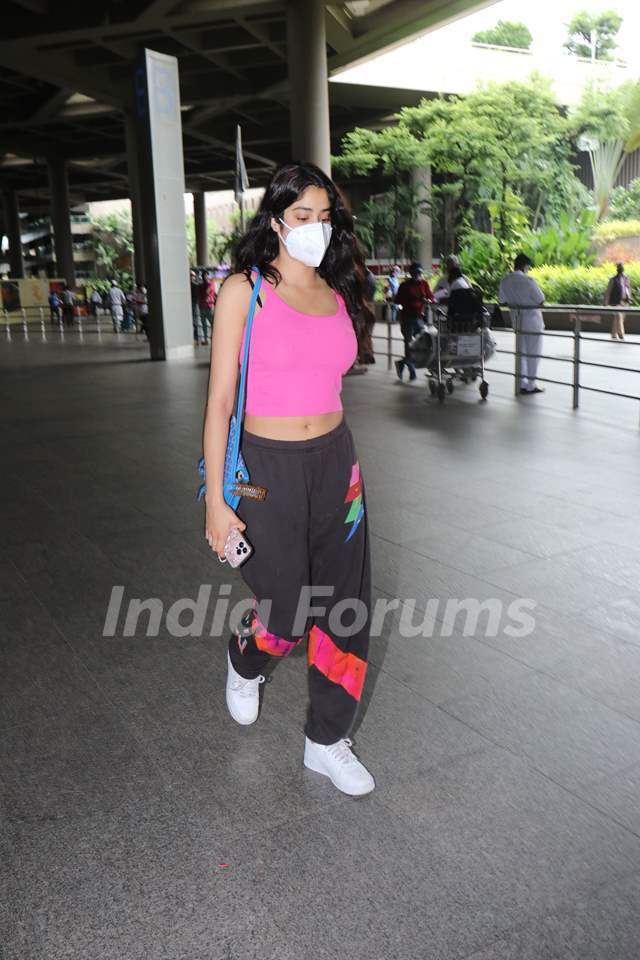 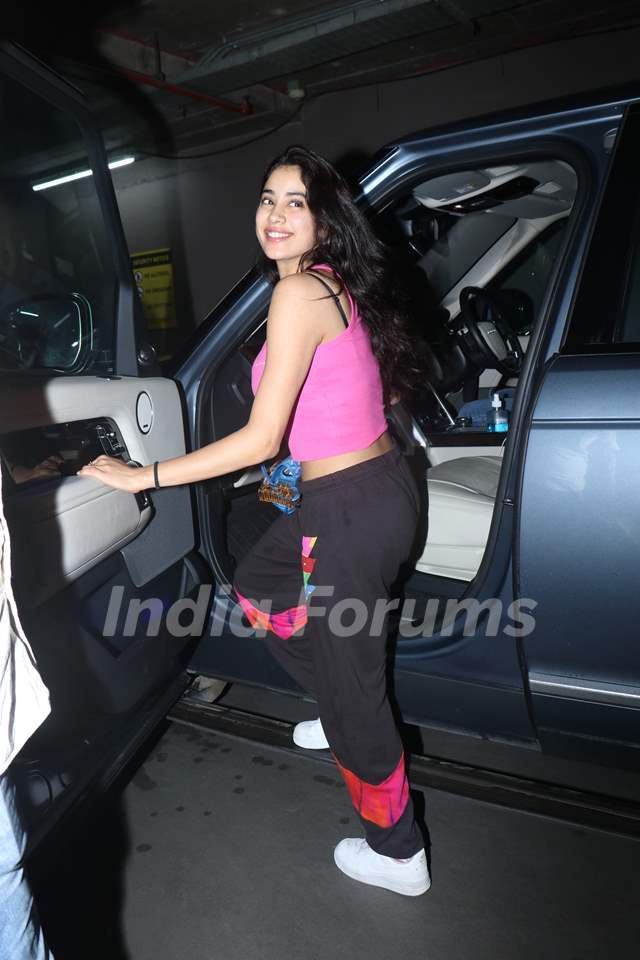 + 8
4 months ago she has the most beautiful hair