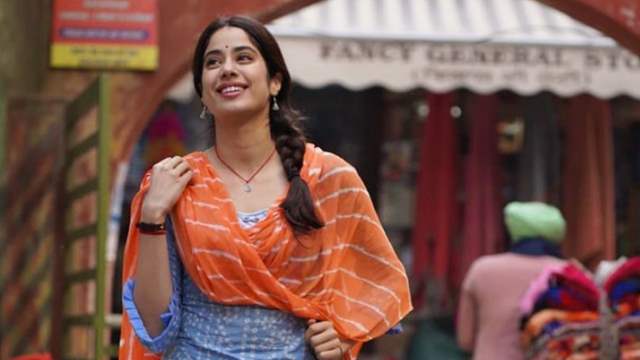 A few days ago, Janhvi Kapoor announced her new film with Aanand L Rai, titled ‘Good Luck Jerry’. She had shared the first look of her character from the film. Dressed in an Indian suit and braided hair, the actress looked beautiful.

The team was filming in Punjab when the shooting was halted by some farmers group. The shooting had come to a halt on January 11, 2021 after farmers groups gathered outside the venue in Bassi Pathana city of Fatehgarh Sahib. The farmers demanded Janhvi’s comment on the ongoing farmers' protest against the three agriculture laws.

"They'd told the workers and director that Bollywood actors have neither said anything in support of farmers protest nor made any comment. When the film director assured them that Janhvi Kapoor will make a comment on the protest then they went back. The shoot is going on," Station House Officer (SHO) Balwinder Singh was quoted as saying by PTI

Later, Janhvi took to her Instagram stories to make a comment on the farmers protest and showed her ultimate support to the farmers. "Farmers are at the heart of our country. I recognise and value the role that they play in feeding our nation. I hope a resolution is reached soon that benefits the farmers," she wrote.

Soon after Janhvi’s comment, the farmers went back and the shooting of the film was resumed.

Hundreds of farmers have been protesting on the Delhi border to express their displeasure against the farm laws - Farmers' Produce Trade and Commerce (Promotion and Facilitation) Act, 2020, the Farmers (Empowerment and Protection) Agreement on Price Assurance and Farm Services Act, 2020, and the Essential Commodities (Amendment) Act, 2020.

Kartik Aaryan - Janhvi Kapoor are having Secret Meetings? Has their ...