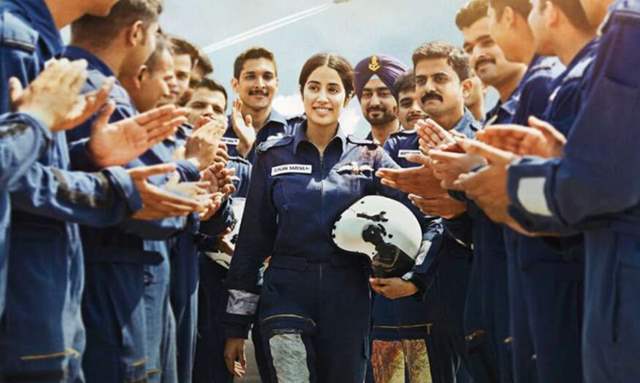 Bollywood’s Dhadak girl - Janhvi Kapoor is back with a new avatar and she is all set the rock the character of Gunjan Saxena in her upcoming film. The upcoming film titled ‘Gunjan Saxena: The Kargil Girl’ narrates the story of Flight Lieutenant Gunjan Saxena making history in her journey from aspiring aviator to India’s first female combat pilot in the Kargil War.

While the fans were excited since the first look of the actress was unveiled, the makers have finally dropped the trailer of the film today.

Janhvi took to her Instagram handle and shared the trailer for her fans as she wrote, "Finally the part of the journey we’re we can start sharing this story that we’ve all been so honoured to be able to tell. Here's the look into the world of #GunjanSaxena - The Kargil Girl.. I hope you like it!"

Currently, the government is trying to curb the spread of coronavirus and all the theaters have been shut for the same.

However, according to previous reports, the film will not see a theatrical release, instead, the makers have decided that Gunjan Saxena: The Kargil Girl will stream on Netflix from August 12. Directed by Sharan Sharma, the film was supposed to hit the screens on April 24 but it was pushed forward due to the COVID19 pandemic.

Janhvi as Gunjan Saxena sets on a mission to make her father proud and carve a niche for herself in the defense forces which was highly dominated by men. In spite of not having women's toilets and other facilities, Gunjan never gave up and went to Kargil to fight for her country. She became the first Indian female pilot in combat.

Sharad Malhotra on people consuming drugs and alcohol: Not ...
an hour ago

Payal Ghosh: If I am found hanging from ceiling, remember I ...
an hour ago

Arjun Rampal gets Home Quarantined as co-stars Anand Tiwari ...
an hour ago

Deepika Padukone to Reach Mumbai From Goa in Charter Plan; ...
2 hours ago

Shweta Tiwari on not announcing her COVID-19 result: I don’t ...
3 hours ago