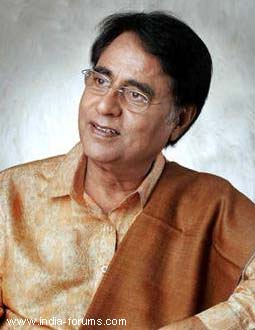 Mumbai, Oct 12 Lata Mangeshkar recalls how the voice of late singer Jagjit Singh was initially seen as not suited for film heroes but he later got popular in movies after his success outside Bollywood.

The first time Lata heard about Jagjit was when she was recording with the ghazal-composing genius Madan Mohan.

'I asked Madan why he didn't get this new singer to sing for him. Somewhere Jagjit's voice was not seen suited for film heroes at that time,' Lata told IANS.

'When I heard his voice I was bowled over. I used to tell music composers about his promising voice. But I guess he was destined to find fame outside movies. Of course, that changed. As time passed, his voice became a household name and he sang for many film heroes,' she added.

Lata remembered going ballistic over a song by Jagjit who passed away two days ago.

'It was 'Sarakti jaye hai rukh se naqaab ahista ahista'. I just couldn't get it out of my head. I bought the album 'The Unforgettables' which contained that ghazal,' she said.

In 1991, Lata recorded the historic album 'Sajda' with Jagjit. It remains to this day a classic.

'Initially 'Sajda' was supposed to have only my singing and Jagjit's compositions. I told him we had to have his singing in 'Sajda'. This was my chance to sing with a voice I had liked for years. I wasn't going to let go of it that easily,' she said.

'My only request to him was to not give me ghazals about sharaab (alcohol) and mehkhana (bar). He said he was against ghazals that extolled intoxication,' she added.

'He was going through a time of personal tragedy. The song touched his heart. But my song from 'Sajda' that both Jagjit and (his wife) Chitra liked the best was 'Dhuan banake fiza mein uda diya mujhko.'

The ghazal king died at the Lilavati Hospital here Monday following brain haemorrhage. He was 70.

Madhrima Tulli & Ssharad Malhotra starrer “Pasta” gets an ...
16 minutes ago

Kareena Kapoor Khan’s 40th Birthday: Inside Pics give ...
33 minutes ago

Mandana Karimi and Radhika Apte come out in support of ...
4 hours ago