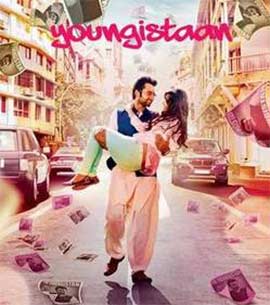 Jackky Bhagnani, seen in films like F.A.L.T.U" and "Ajab Gazabb Love", pins his hopes on his forthcoming film "Youngistaan".

The first poster of the film released Thursday and the actor took to Twitter to share his excitement.

"Here is the first poster of my film 'Youngistaan'...the countdown begins," Jackky posted on the microblogging site.

The film is about a youngster who gets the chance to become the prime minister of India. Apart from Jackky, the movie also features Neha Sharma, Boman Irani and late actor Farooque Sheikh.