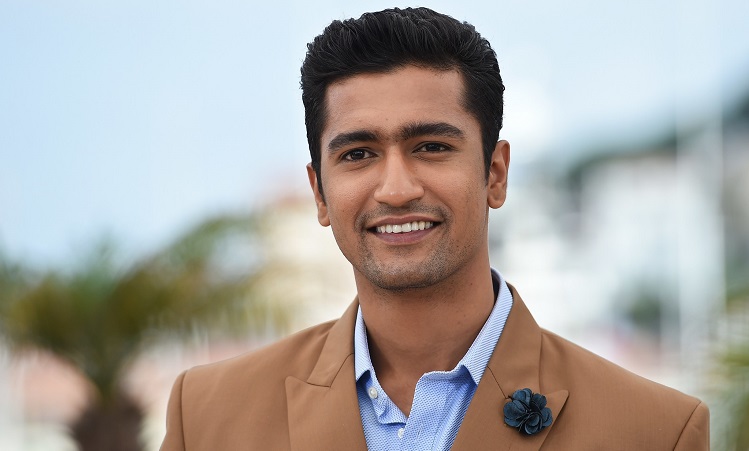 Bollywood actor Vicky Kaushal, who plays a DJ from Amritsar in his upcoming film "Manmarziyaan", says the role has given him the opportunity to let loose the wilder side of his personality.

"I unleashed my wilder side in 'Manmarziyaan' while playing the character, who is impulsive, colourful, does things without thinking too much... He is free. I rarely got a chance to colour my hair blue and wear such colourful clothes, put a lot of tattoo on my body- in real life. But somewhere that side is hidden in me," Vicky told IANS in an interview here.

"So, narrating this character gave me a chance to liberate myself. I felt free to narrate him," he added.

With the last nine months, Vicky has had four films releases - "Love Per Square Foot", "Raazi", "Lust Stories" and "Sanju". In each film, by playing very different characters, the actor has proved his versatility as a performer.

Which character did he enjoy playing the most?

"Whether it was my character as Iqbal in 'Raazi' or Kamli in 'Sanju', I would aspire to be a husband and friend like them. On the other hand, it was fun playing Paras in 'Lust Stories' because I found it little challenging to play such a character convincingly who lives is a bubble and is very stupid as a guy.

"However, I played my alter ego in 'Mamarziyaan' as Vicky Sandhu... And I enjoyed that the most," added the actor, who gained critical acclaim with "Masaan" in 2015.

Before that, Vicky worked with Anurag Kashyap not only as an actor in films like "Luv Shuv Tey Chicken Khurana" and "Bombay Velvet" but also as an assistant director in "Gangs of Wasseypur".

Asked if he was surprised to see Kashyap making a love story like "Manmarziyaan", Vicky said: "I was not surprised to know that because no matter how grey his earlier films were, in each of them, he explored the complexity of human relationship very interestingly."

How was it being directed by Kashyap for a romantic comedy?

"This time I saw him as a happy man who was dancing and giggling behind the monitor after the shot or in the morning when writing a scene. You know, Anurag Kashyap is happy and satisfied with things happening around him when he is cracking the worst jokes of the world. Only he can laugh at such jokes and the rest of us would be wondering... Why?" Vicky laughed out loud.

As the music of the film is also gaining popularity and the crew along with music director Amit Trivedi have been on a music concert tour, Vicky says it's great that the magic of the music and story is coming alive and creating a buzz among the audience.

"I think Amit Trivedi and Anurag Kashyap is a mind-blowing pair and our music album is a result of that. The world of the film is very different and refreshing because 'Manmarziyaan' is where the world of Aanand L Rai's world meets Kashyap's world."

That is why Vicky believes the world of the film is very unique in its narration and music.

The film is releasing on September 14.

Vicky Kaushal on shooting for 'The Immortal Ashwatthama' amid COVID-19

Katrina Kaif's sister, Isabelle Kaif gets a grand entry in ...