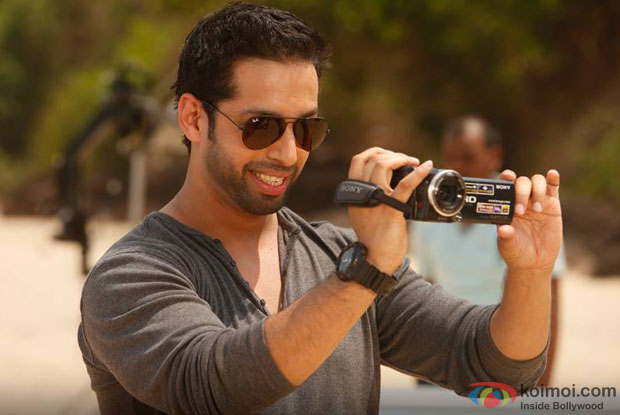 Salil Acharya is a radio jockey, TV show host, actor and producer. The "Aashiqui 2" actor is happy to be able to "master quite a few things" even though he says he hasn't taken leave in 365 days a year.

He has branched out a lot.

"I've become a producer, a distributor and expanded the roles that I'm currently doing, so I enjoy each process very well. I actually love numbers a lot".

"I tried to do two to three other things also, but I realized that this is something that makes me most comfortable because I've been able to master quite a few things in the media world - radio, TV, films and producing content," he said.

Now the show "WWE Sunday Dhamaal" on Sony MAX, is keeping him busy.

"I've been a big wrestling fan since I was a kid. We all grew up with Hulk Hogan and Ric Flair. I'm an 80s kid".

"It's not just something because I'm hosting this right now. In India, wrestling is very popular, especially WWE (World Wrestling Entertainment) which was called WWF," he said.

Doing sports shows makes one wonder if Salil ever had a secret wish to be a sports player.

"I wanted to be a cricketer. I was a pretty decent cricketer but not good enough to become a national player. I've played tennis at the national level. Acting just happened," he said.

"That's because I've been doing radio. With '3 A.M.'... not only did I end up acting in it... My friend Vishal Matkar was making the film, and I was with him in 'Awarapan' which was my debut film.

"I was not involved just as an actor, but in marketing too. Sometimes, I feel that if I just act singularly it's not a complete thing for me. So, I think if I do act again, I want to be involved in a lot of things.

"I'm always open to it whenever they call, it's just that those calls don't come sometimes," he said.

Talking about the kind of roles he wishes to play, he said: "If I want to do a role, it has to be something that excites me and as an actor, you can never say that 'We're going to be the same person today that we were four months earlier'."

"When I entered the television industry in 2003 or 2004, I came with an Economics Honours degree from Delhi... I didn't even understand what acting was. I think I was prepared to experiment a lot more in my career."

Anup Upadhyay roped in for 'Excuse Me Madam'
10 minutes ago

"She thought Ending her Life was a Better Option": Sonakshi ...
18 minutes ago

Randeep Hooda Expresses Shock; Voices his Concerns and ...
30 minutes ago

Deblina Chatterjee to be seen as Lakshmi in Vighnaharta ...
47 minutes ago

Here’s why Akhilendra Mishra initially denied playing the ...
49 minutes ago

Sushant Searched about Painless Death, Trouble in ...
56 minutes ago