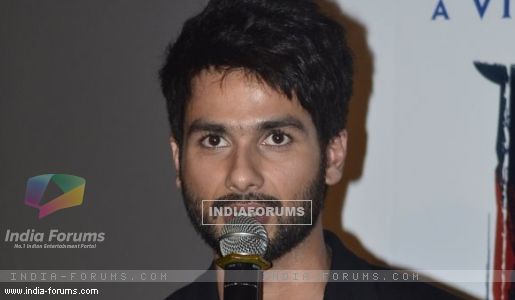 After featuring in the commercial potboiler "R...Rajkumar", Shahid Kapoor is ready to surprise audiences with his intense act in "Haider". He says the past few months have helped him "mature a lot".

"Haider", a film by Vishal Bhardwaj, who last directed Shahid in the 2009 movie "Kaminey", is a desi take on William Shakespeare's "Hamlet".

Asked if there's a steady sense of confidence with "Haider" unlike when "R...Rajkumar" was to release, Shahid said: "'R...Rajkumar' was something very different, a totally different zone for me. I have worked with Vishal sir before also, so it's a different feeling with 'Haider'. I feel I have matured a lot in the last few months."

His double role in "Kaminey" was hugely appreciated, and Shahid, who has already grabbed eyeballs with his looks in "Haider", says somehow whatever he does with the filmmaker, works out well.

"Somehow, whatever we try to do together, it has worked. It's not easy to do that. It's so difficult to achieve it everytime that you have to credit a little bit of it to luck.

"I feel content that I did this film ('Haider') because there are certain films that you do depending on whether it will do well or not, and then there are those you do because as an actor, you want to feel enriched and you want to have an experience, which will help you to grow.