New Delhi, Nov 19 (IANS) Rahul Mahajan, who took a 'voluntary exit' from reality show 'Bigg Boss' instead of apologising for breaking the rules, claims he has been charitable for the remaining three inmates of the house by pulling out of the show.

"I had thought I would give the prize money for charity but by leaving 'Bigg Boss' also I have done charity. By leaving the show myself, I have given others a chance to win the show. I had even requested 'Bigg Boss' to avoid the nomination that took place on Monday's episode but in vain," Rahul told IANS over phone from Lonavala.

Rahul's sudden exit was a result of his refusal to apologize for breaking the prime rule of the 'Bigg Boss' house by fleeing the house with existing inmates - Zulfi Syed, Ahutosh Kaushik and Raja Chaudhary. They took the step after futile requests to Bigg Boss for a pre-cooked or ready-to-eat meal.

While the others apologised for breaking the rule, Rahul refused to do so and preferred to quit the show. He said he was justified.

"I didn't apologise because whatever we did (jumping out of the house) it was all due to hunger, not anger. So I don't see anything wrong with it," Rahul explained.

Prior to his exit, Rahul had promised he would give away the prize money of Rs.10 million for charity had he won. Unlike others, he said, he was in no need of the prize money.

While on the show, Rahul earned the tag of the most entertaining and strongest contender on the show. His exit must have come as a blow to several punters who had placed bets running into millions of rupees on his winning the reality show.

According to rough estimates provided by bookies and punters, at least Rs.800 million (Rs.80 crore) rode on Rahul.

But the final verdict was of no consequence to him, he said.

"Winning or losing 'Bigg Boss' was not at all my purpose. Through this show I wanted to show the real Rahul and wipe away the image that the media had projected through reports.

"I got to show two sides of me. One was the kiddish and childish side in my earlier days on the show and then towards the later days, viewers got to see the mature side of me. And I proved my maturity by taking this decision of leaving the show also. I had to take responsibility for what I did and that's all I did," he said.

During his stint on "Bigg Boss", Rahul was linked first with actress Payal Rohatgi and later with Monica Bedi.

His increasing closeness with Monica had become the talk of the town. No matter how many times he approached Monica for a romantic alliance, after leaving the show, Rahul said she is just a friend.

"Monica is my friend. She is a very nice person. When I make friends, I never care about their past. And like I always stand by my friends, I would do the same with Monica," he said.

Rahul has also vowed to extend his friendship to all those people who were a part of the "Bigg Boss" house. 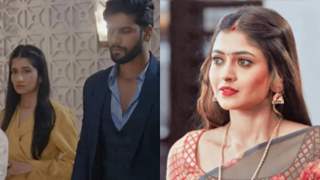