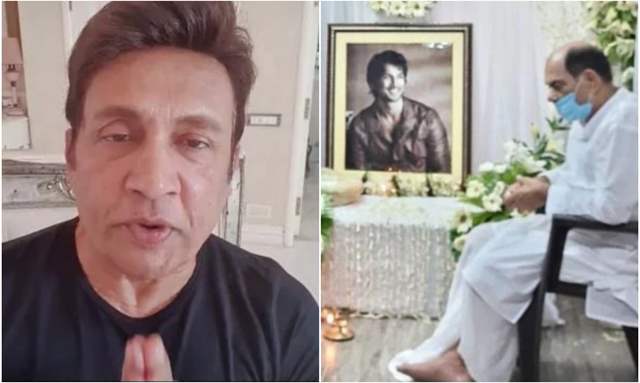 June 14, 2020, turned into a black day for Bollywood as actor Sushant Singh Rajput took the drastic step of ending his life by committing suicide. The actor was found hanging at his Bandra house and is reported to be suffering from depression for the last six months.

While the post mortem report suggests suicide and hanging as the reason for death, an intense investigation is being carried out by the Mumbai Police in this case. Several theories have surfaced around the actor’s death and professional rivalry is highlighted as one of the major troubles that pushed Sushant to the edge.

SSR’s untimely death raises many questions and many celebrities have come forward to demand a probe in the matter of his suicide case. Actor Shekhar Suman had earlier tweeted “There’s more than what meets the eye” and is relentlessly raising concern in the actor’s death case.

Shekhar also attended a press conference in Patna, held by Tejashwi Yadav, leader of Rashtriya Janata Dal where he demanded CBI injury in the actor's death investigation. The actor also went to meet Sushant’s parents to pay his condolences.

However, Shekhar’s act has backfired against him as many reports labelled his interest in Sushant’s case as a publicity stunt and a political gimmick. Many accused the actor of using the actor’s death for a political agenda.

"First of all, it's very idiotic. If I have a political agenda, then what would have stopped me to go to any political party directly and ask for a ticket. Why would I have to take a via route. If I have any aspirations I am known enough and must have gone to the party directly. Why do I have to react to Sushant's death for it? People are not seeing the press conference which we held, in the very first line we mentioned it's complete non-political meeting and being held just to support Sushant. And in that whole meeting, we are continuously discussing Sushant. Where the heck this idea of whole politics came from? Let me tell you when I fought an election in 2009 that was against my wish, I was pushed towards it and I resigned after 20 days."

When asked about the reports claiming that Sushant’s family is upset with Shekhar, he said:

“I decided to go and meet him personally and give my condolences- it was not because I wanted to discuss this movement and ask for support from them. But because I could understand how shattered that person must be who lost his son. I have seen my son in depression and I could feel that emotional connection. When I went there, I didn't even exchange much words. As all were dealing with their own pain. I sat there for 5-10 minutes and left."

Further, speaking of the update on his demand for a CBI investigation in Sushant Singh Rajput’s death, Shekhar said:

"This is going to be a long battle. It is not easy at it seems because you will be crashing with the ego and credibility of the Mumbai police. Because it's like telling them in your own way that we don't believe you and hence we need a CBI inquiry. It's a hurdle race and that's why I started with political support from Sushant's state so that we can pressurise the centre."

Sushant Singh Rajput’s family is Unhappy with Shekhar Suman for ...