It seems that the skippers of Zee TV's DID L'il Masters, Vrushali and Mayuresh couldn't retain their wild card contestants for long. They had lost Manpreet already and now they face more ill luck this week. 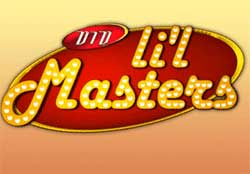 A Little Birdie informed us that, "Avneet got evicted this week and this week's solo dance performances were quite disappointing and as per judge Farah Khan. It was Atul from Jay Kumar Nair's team who just saved the solo dance episode with great dancing."

This week the skippers and the little masters performed not only for a hats off applause coming from Sandip Soparrkar, but they put in their best foot to hear those delightful words from the 'Maa' of DID.

No points for guessing here, as we are speaking of Geeta Kapoor who graced this week's episode!!

So, according to our source, "This week the lucky one to receive that honor was Papiya and Atul from Jay Kumar Nair's team for their hilarious Gabbar-Thakur act in the duet round. But the Skipper of the day title was awarded to Amrita for her emotional performance with Vatsal."

And the stage was graced with a magical performance by the Guest judge Geeta Ma with all the Li'l Masters on the 'Aaja Nachle' track.

Catch this week's episode on L'il Masters which is dedicated to Geeta Maa..

+ 3
10 years ago Fair elimination! As cute as Avneet is, she needs more training ...

+ 4
10 years ago avneet was my fav...they should have eliminated manoj...
this show is over for me

+ 2
10 years ago i loved avneet
she shud hv remained

+ 8
10 years ago Honestly acc. to me its time for Manoj to leave now , among the remaining contestants he was the weakest but he is still in ! :( Feeling bad for Avneet !

12 years ago it''s so sad! good to see he has friends and family with him to get through this horrible ordeal!