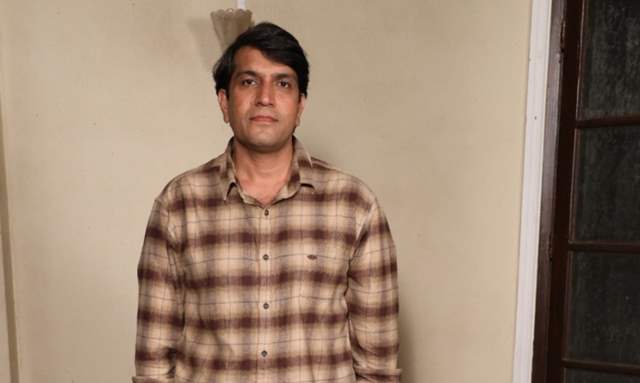 Known for his role in Ladies Special and Saas Bina Sasural, Vishnu Bholwani is now seen in Sony Entertainment Television’s recently launched sitcom Sargam Ki Sadhe Satii in the role of Asha Amar Awasthi. He is Aparshakti Awasthi aka Kunal Saluja’s elder brother who is a short-tempered and competitive man. He is always trying to stand up to his father. He works at the saree shop with his father and is always getting into fights with women customers. There are reasons for his temper and he is always trying to keep calm but is still struggling.

The fact that comedy is a serious business with only one purpose to make people laugh, is considered a difficult task by many. Many people learn comedy and to some, it comes naturally. Similarly, Vishnu Bholwani found comedy difficult at first but was not impossible for him as he learned it and practiced it with his team of Sargam Ki Sadhe Satii.

Vishnu Bholwani while talking about how he learned comedy says, "This is the first time that I am doing a sitcom. All the shows that I have done before have been serious dramas with no scope of comedy in the content. So, when we all started the workshop and training sessions I found that it was a tedious task for me to make people laugh and I thought how I will go ahead from hereon when I will actually shoot the scenes. But then, at the same time, it didn't seem impossible because my wonderful team of Sargam Ki Sadhe Satii and our director Kedar Shinde sir was there to guide me at every step of the way, in terms of expressions, and dialogue delivery, and even our producer Vipul Shah didn't stop believing in me.”

He further added "All of us together, as a family have made this possible. It's teamwork and everyone has put in their own endeavours to make this comedy move forward slowly and steadily. So, with everyone's collective effort, I found that comedy is not impossible.''