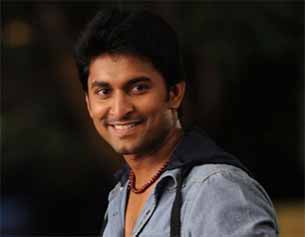 Telugu actor Nani, who didn't have a single release in 2013, will have three releases - "Paisa", "Janda Pai Kapiraju" and "Aaha Kalyanam" - next month.

The first of the three releases will be Krishna Vamsi-directed "Paisa", set for a Feb 7 release. It was supposed to release last year but has been postponed several times.

"For various reasons we couldn't release 'Paisa' last year. I don't want to discuss the reasons in detail but I'm glad that our film is finally releasing Feb 7," Krishna Vamsi told IANS.

"Our film is coming out on Feb 14 as Valentine's Day gift to the audience. There will be no change in the release of our film," the film's producer Raja Parathasarathi told IANS.

The southern remake of "Band Baaja Baaraat" titled "Aaha Kalyanam", which was originally slated to release Feb 7 according to its trailer, has now been pushed to Feb 21.

Dia Mirza to get married on February 15 to boyfriend Vaibhav Rekhi?