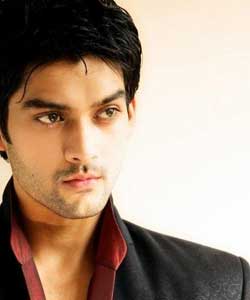 One question that annoys you when people always ask:
Whats up?

The worst comment you got in life: Once someone said that I have a paunch. But I took it in a positive way and worked on it.

If you want to be associated with an old show of 1980's, which one would that be:
Jungle Book, Karamchand

When was the first time you had a glass of beer: When I was in College in Pune and that was during the time when Pizza Hut used to serve beer.

What was the funniest prank played on you:
I think I am the one who always play pranks on people.

Your strength and weakness: My biggest strength is that it is hard for someone to find my weaknesses.

Did you ever do eave teasing: I don't, because I believe that beauty is something to be appreciated rather than be teased.

A movie for which you walked off from the theatre: Tees Maar Khan

Your favourite show on TV right now: There are lots and I believe that Balika Vadhu is one show that has adhered to its roots even today.

If you could go on a road trip with any person of your choice, who would that be: All my friends are adventurous and exciting, so anybody who is as adventurous as me.

A craziest thing that you have ever done: I really do not know

Any hidden talents: Still need to explore them

ananya2000 9 years ago TREES GET NEW LEAVES IN PLACE OF FALLEN LEAVES.. THERE IS ALWYS SOMETHING BETTER TO REPLACE WAT IS LOST!! LIFE GOES ON.. NEVER STOPS...Good Night...LLLOOOVVV UUU jjjaaannn..AAADDDIII

waizmapa 9 years ago I agree with aditya... Balika vadhu inspite of completing 700 plus episodes is still rooted 2 its basic plot n storyline n the current track is really the best 1 as it highlights the problems evolved 4m chid marriages

ZaykebazzAnanya 9 years ago ur strength an weakness answer sounds that u r so much self confident ...k...may ur self confidence be with u always in every crucial point...

ash91 9 years ago liked all his answers...waiting eagerly for your entry in preeto, aditya!!!